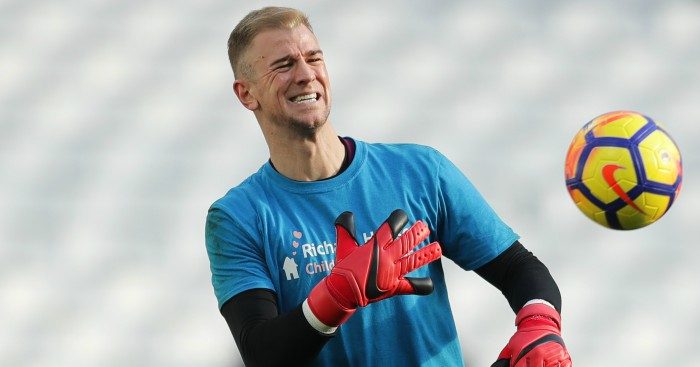 Hart will not be a member of Gareth Southgate’s final 23-man England squad for the 2018 World Cup when it is announced later on Wednesday.

The goalkeeper was informed by Southgate of the decision through a phone call, which Hart is said to have taken ‘graciously’.

But a number of newspapers claim that the 31-year-old is ‘angry’ with Moyes for dropping him at West Ham.

Hart started the first 14 games of the Premier League season, conceding 30 goals, before losing his place to Adrian.

The Spaniard conceded just 24 goals in 15 games, before Hart took over again to concede nine in five.

But the keeper believes that Moyes’s choice to drop him for West Ham’s final three games of the season ‘is understood to be a key reason behind Southgate’s shock decision’.

Hart is said to not blame his own tendency to be a bit sh*t.