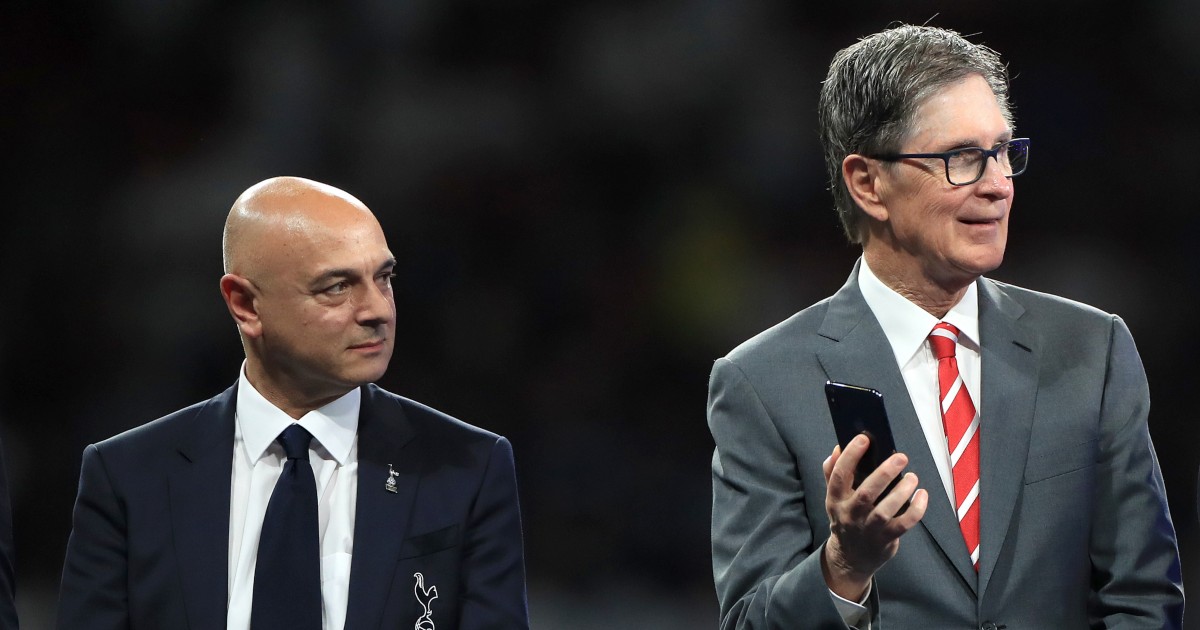 Daniel Levy was furious with Liverpool after they beat Tottenham to a deal for Porto forward Luis Diaz.

Tottenham had entered negotiations with Porto over Diaz earlier this month, with some outlets suggesting they had a £37.6m bid rejected.

The north London club hoped to find a breakthrough over the structure of a deal and had reportedly agreed a €60m (£49.8m) move with Porto, which involved ‘targets that would be difficult for Diaz to achieve’.

In an extensive report from the Daily Telegraph, it is claimed that Levy ‘drove a hard bargain’ but was soon stunned as Liverpool swooped to secure the forward.

While the news broke on Friday, it was 24 hours earlier that the Tottenham chairman became aware Liverpool had gone above his head with a counter move. Levy was so incensed that he ‘threatened to report’ the club’s recruitment team to owners John W. Henry and Mike Gordon.

‘The key flaw in that plan being that Henry and Gordon were delighted with the strategy pursued,’ Sam Wallace writes.

Liverpool had been in relative control of the situation as early as last year, when Porto’s financial difficulties were laid bare after their delays in fulfilling their financial obligations of the deal that saw Marko Grujic move from Anfield to the Portuguese giants.

Liverpool are still owed money for the deal that saw Marko Grujic join FC Porto in the summer.

Some of that could be used as a contributing factor in the agreed fee for Diaz.

Liverpool opted not to engage, telling their Champions League group-stage opponents that they would enter negotiations again after the January transfer window.

Porto later informed Liverpool that ‘there were other interested parties,’ at which point Klopp’s team requested to be kept up to date and told ‘if a deal was agreed’ with another team. This proved to be key.

It was during that window of opportunity that Levy moved in to discuss a move, with Liverpool ‘given sight of the deal’ as soon as a €60m move had been agreed between Tottenham and Porto. The Reds ‘moved quickly’, agreed to pay the same fee and accepted Porto’s plea for €8m to be paid up front by Monday.

Tottenham were powerless to stop the move progressing once Porto gave permission for Klopp to talk to Diaz over FaceTime. ‘They got on well’ and the player’s representatives made it expressly clear ‘that Liverpool were the preferred destination’.

The deal was in place by Thursday evening. Levy returned with an improved offer but with Liverpool’s €8m payment arranged and Klopp and Diaz having already spoken, it was too late.