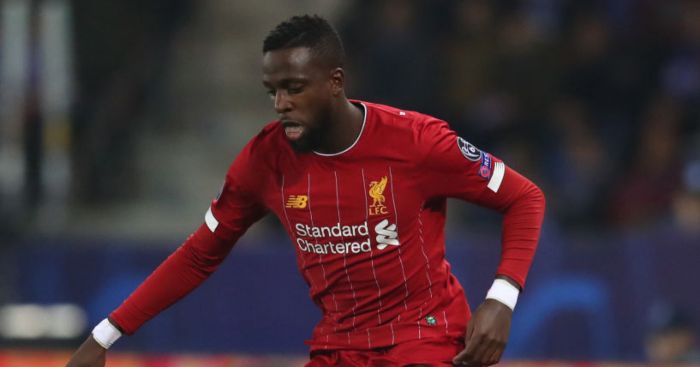 Liverpool have condemned an “offensive and inappropriate” banner which was hung in the away end before the Champions League match in Genk.

The banner, featuring a photoshopped picture of striker Divock Origi, was taken down as soon as the club were made aware of its existence.

“We sought to have it removed as soon as we became aware,” said a spokesman.

“The banner is highly offensive and inappropriate. We condemn its use and we will look to identify those responsible for bringing it into the stadium.”

A statement from Liverpool read: “Liverpool Football Club condemns the offensive banner displayed in our section of the ground, prior to kick-off.

“To be clear, the image used perpetuated a racist stereotype. This is completely unacceptable.

“We acted swiftly to have the banner removed and we are now working with the local authorities and stadium team in Genk to identify those responsible.

“Any subsequent action will be taken in keeping with our sanctions process.”