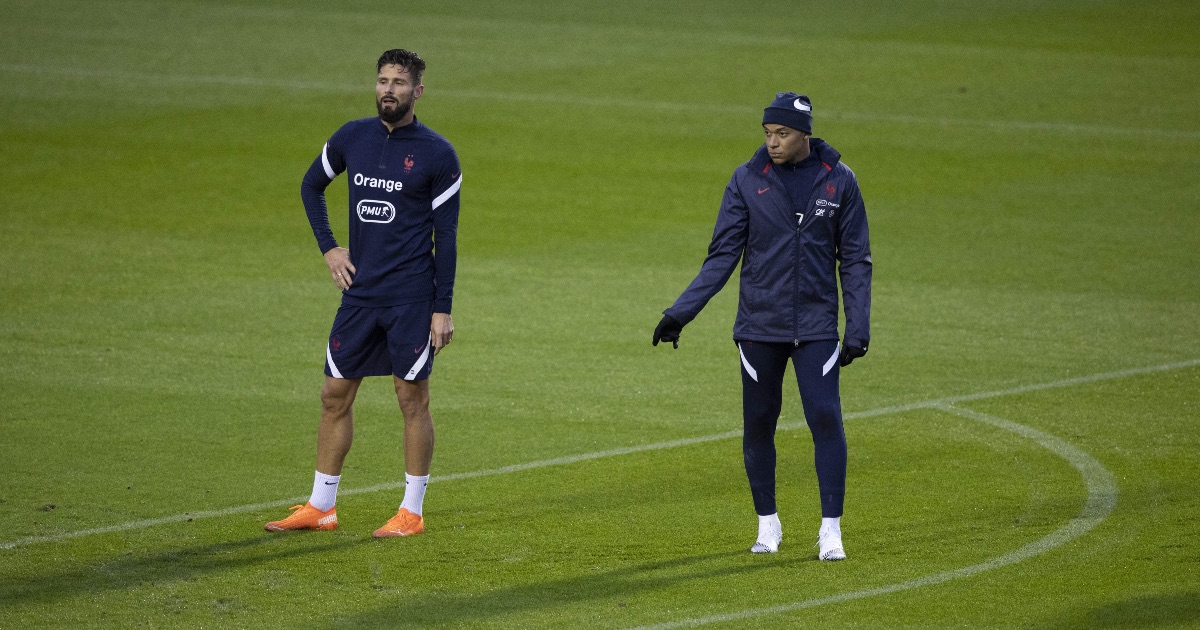 Kylian Mbappe was reportedly left ‘furious’ after Olivier Giroud accused him of purposefully ignoring his runs in France’s warm-up win over Bulgaria.

Giroud came off the bench to score a brace to take his tally to 46 for France, just five behind all-time top scorer Thierry Henry.

But after the game, the Chelsea striker took aim at Mbappe, who appeared to be deliberately trying not to find his teammate.

Giroud said: “Sometimes you make the runs and ball is not arriving. Perhaps we could have found each other better, there it is.”

It was a view echoed by former France international Johan Micoud, who criticised Mbappe for his attitude after the 3-0 win.

According to Spanish publication AS, Mbappe was ‘furious’ and ‘wanted to defend himself’ in a personal press conference having heard Giroud’s comments.

The report added that the difference between Mbappe’s willingness to find Karim Benzema in comparison is something that may have left Giroud frustrated.

Benzema was recalled to the national squad for the first time in six years this summer, but came off with an injury on Tuesday.

But manager Didier Deschamps played down the seriousness of the problem.

France are in the ‘Group of Death’ along with Portugal, Germany and Hungary and face the Germans in their opening game of Euro 2020 on Tuesday.