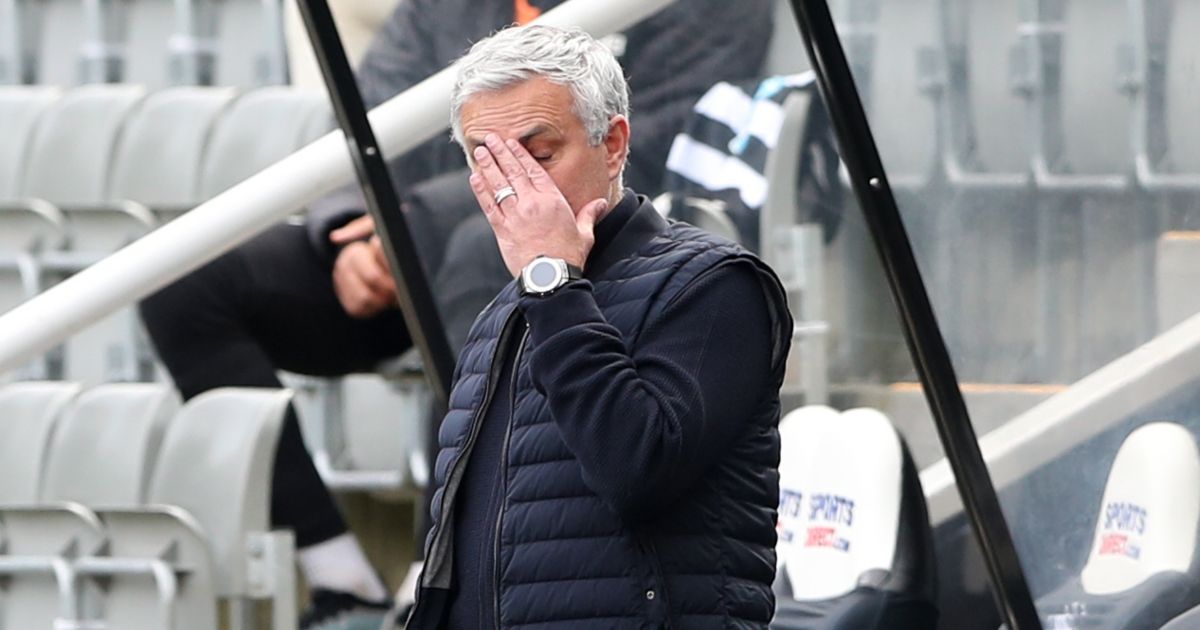 Following their 2-2 draw to Newcastle United over the weekend, Mourinho was asked why Tottenham struggle to hold onto leads when he personally has such a good record, to which the Portuguese boss replied: “Same coach, different players.”

A brace from Harry Kane had put them in a great position to get three points but Arsenal loanee Joe Willock struck late on to earn Steve Bruce’s side a point.

Rio Ferdinand yesterday said he was worried that Mourinho wasn’t thinking about how his comments could have a negative impact on the Spurs dressing room.

However, Jordan thinks Mourinho was just stating facts rather than “throwing his players under the bus”.

Jordan told talkSPORT: “Let’s look at the reality of what is being alleged of Mourinho. Someone asks him a question, he gives a factual answer.

“It’s a factual answer. Jose, what happens to teams that used to be very good at defending a lead?

“Same coach, fact. Different players, fact. You want to turn that into some sinister, macabre, pretentious observation of throwing his players under the bus.

“The same players, by the way, that he defends quite regularly, but that doesn’t get written about in quite the same flourishing style.

“We don’t see the headline saying, ‘Spurs delight’ when Mourinho is praising his players. The same players by the way that were an absolute disgrace against Dimano Zagreb.

“Suddenly now, they are furious because their coach has made a factual observation. A bunch of perennial losers that haven’t won anything, that have been knocked out of FA Cup semi-finals regularly, that got to a Champions League final and stunk the final out, that should have won the league when Leicester City won it.

“Maybe, just maybe, there should have been a change. I’m not suggesting that this constant, negative reinforcement at times of points from Mourinho is the right way to go.

“But Mourinho has won something at every single club. He has gone to Tottenham and they are not good enough!”