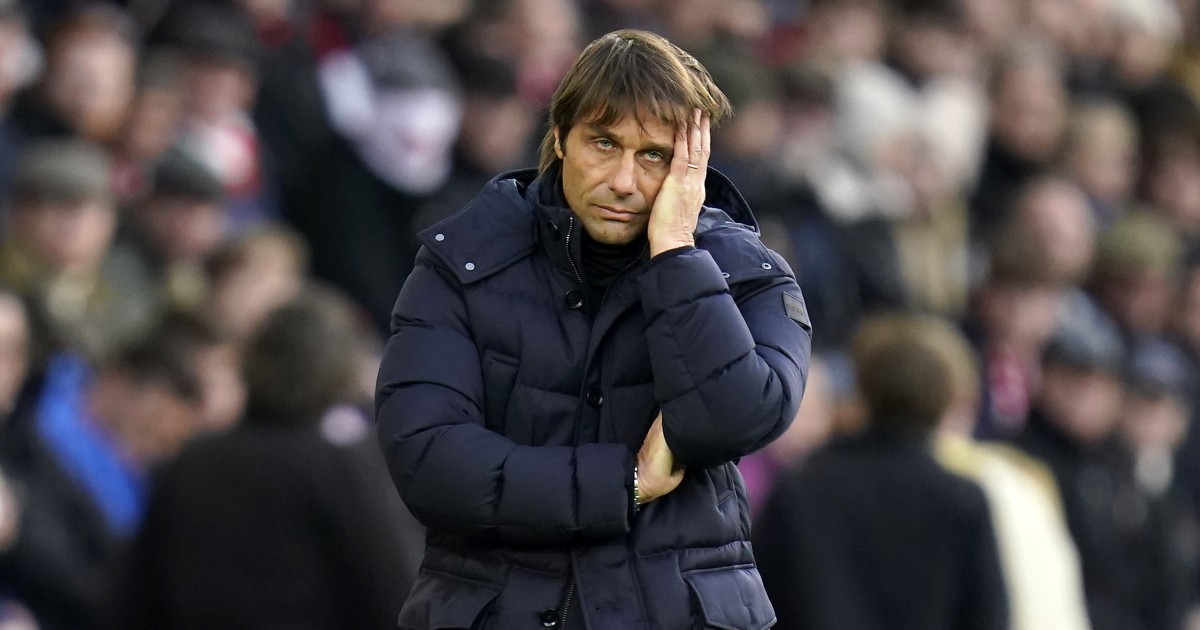 Arsenal have attracted the criticism of the unholy trinity of Tottenham, Gary Neville and Jamie Carragher.

The Gunners confirmed on Friday evening that they had requested a postponement to their Premier League game against Tottenham, citing the unavailability of a number of first-team players.

A decision has yet to be formally made with regards to Sunday’s game, but Arsenal have been questioned as to their motives as they only have one player – Martin Odegaard – officially absent through coronavirus.

Mikel Arteta is dealing with a number of injuries, however, as well as players on international duty at the Africa Cup of Nations.

Premier League rules stipulate that matches must go ahead if teams have at least 14 senior players available, with a number of teams having fixtures delayed – and not always because of a Covid outbreak.

But Sky Sports report that Arsenal’s attempt to get the game called off has led to anger at Tottenham, with the club hierarchy ‘angry at the thought of the game being postponed’ because ‘there isn’t currently a coronavirus outbreak at Arsenal’.

The Daily Mail go further on the ‘fury’, ‘anger’ and ‘surprise’ within Antonio Conte’s side, while ‘it has not gone unnoticed’ that the Gunners only recently loaned out Ainsley Maitland-Niles and Folarin Balogun.

Gary Neville cited those two players in explaining why he feels the game has to go ahead.

I repeat this is not about Arsenal but all teams should be made to play from now on in the PL and EFL. Also why has the decision been delayed until today when the request was last night at 6.30pm. Fans will be setting off from all over the place and will be in limbo! https://t.co/iywirkKpFq

“I honestly believe that all teams, not just in the Premier League but the EFL now, must be made to play their fixtures,” he told Sky Sports.

“Folarin Balogun and Ainsley Maitland-Niles have gone on loan, Granit Xhaka’s got a red card – that’s not the fault of anybody else. We can’t be calling fixtures off.

“If it was purely down to Covid in extraordinary circumstances where there was 10 or 15 players out, but we’re now talking about teams for the last few weeks where there’s no doubt they’ve been calling games off based upon whether they think they’ve got the best squad or team to win a game. It’s got to stop.

Liverpool are not issue with Covid postponements; opaque rules are

“That’s not a dig at Arsenal – I should’ve spoken about this three or four weeks ago.

“Manchester United and other teams have got 30 to 40 players in their squad – I’m not having they can’t get 13 to 16 players together.

“For me, it should be rejected.

“Without knowing the exact detail, unless there is an absolute load of Covid cases coming today at Arsenal, I feel having played last night at Liverpool, it has to stop now this and we have to make teams play.”

Carragher also suggested that teams “are taking advantage of the situation” to get games delayed.

“I don’t want this to be about Arsenal, it’s about the Premier League as a whole. Every club has done this,” he said.

“No other league in Europe is doing this, certainly not in those big leagues. Bayern Munich played a 16-year-old in their last game and that tells you exactly where they are. Why can’t we do that? Why can’t the young players be given an opportunity in these circumstances?

“Everyone’s in the same boat and I’m exactly with Gary. If it’s an outbreak of Covid and it’s decimated the squad I can understand that, but players being in the AFCON tournament and just normal injuries, that’s got nothing to do with it.

“You’ve got U23 squads and younger players, and this is an opportunity where they can get a chance.

“I know there’s a lot riding on Premier League games but at this moment there’s no doubt teams up and down this country are taking advantage of the situation.”