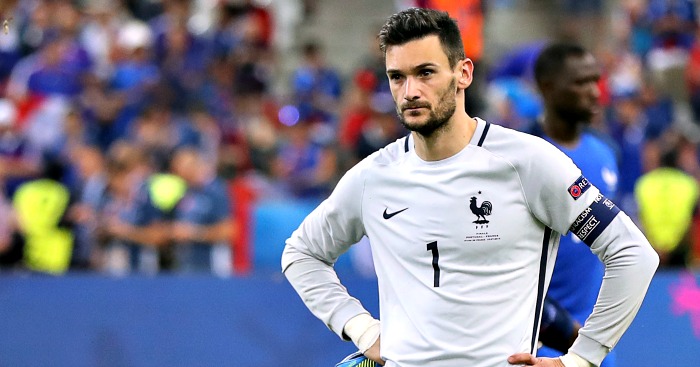 Tottenham are ‘furious’ with Hugo Lloris, and could strip him of the captaincy.

Lloris was arrested and charged with drink-driving in the early hours of Friday morning, before spending seven hours in a police cell.

The 31-year-old missed Tottenham training as a result, with the club preparing to travel to Manchester United on Monday.

Tottenham are ‘furious’ with the player and, while he is likely to keep his place in the squad that heads to Old Trafford, the Daily Mail report that Mauricio Pochettino could consider stripping him of the captaincy.

Lloris had been out on Thursday evening with fellow World Cup winner Olivier Giroud, as well as compatriot Laurent Koscielny.

But both the Chelsea striker and Arsenal centre-half managed not to break the law, so bloody good for them.

Lloris is almost certain to be fined two weeks’ wages, amounting to around £300,000, while Harry Kane is a ‘ready-made replacement’ if Pochettino decides to make an example of the goalkeeper by taking the captain’s armband away.

According to the Daily Mail, Tottenham consider the situation as ‘out of character for Lloris’, with one source even adding that he ‘would have been the ‘last person’ they would suspect of being caught up in off-the-pitch controversy’.