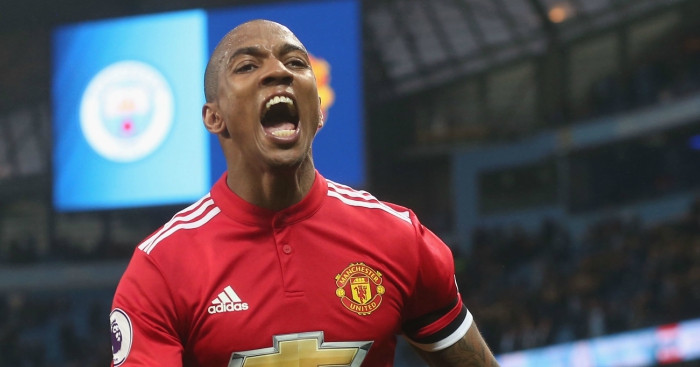 A ‘furious’ Ashley Young was reportedly one of the most vocal members of the Manchester United dressing room at half-time against Manchester City.

United came from behind to beat City 3-2 at the Etihad Stadium and stall their title celebrations on Saturday. Read all about it in 16 Conclusions.

United trailed 2-0 at half-time and were even treated to a few ‘Olé’ chants by the City fans, which formed part of Young’s emotional speech.

According to The Guardian, the left-back ‘took the lead in trying to gee the team up’ by saying: “The City fans are shouting ‘Olé’ and they’re embarrassing us. Are we going to stand for that?

“Remember your responsibilities to the fans and the badge. Show some pride and fight for each other.”

Young was joined in his message by Michael Carrick, who was not part of the matchday squad but remains a key figure around the club.

The midfielder is almost certain to become part of Jose Mourinho’s backroom staff next season, and the Independent, who add that Young was ‘furious’, say that Carrick’s ‘contribution on the day has only bolstered his reputation within the club as a bright coach for the future.’

Ander Herrera, fresh from spitting on the City badge, was also involved, but to ‘a lesser extent’.