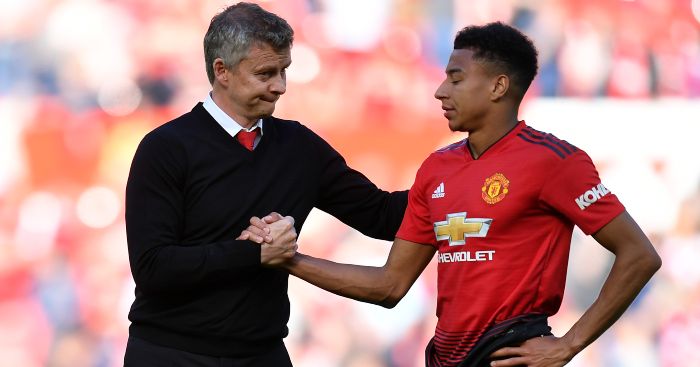 We need your correspondence for the afternoon Mailbox: theeditor@football365.com…

United’s next manager
A question to all the Man U fans out there. If OGS was sacked or quit tomorrow (not that I want him to be), who would be a likely candidate for Ed Woodward’s foot stool? Given the two most interesting possibilities, Sarri and Conte (although I doubt either would have got through the interview without dragging Woodward over the desk by his lapels and you would have had to spaff 50m of your 100m budget with Sarri who comes with Jorghino whether you want him or not) are gainfully and recently employed elsewhere, and that Klopp and Guardiola are likewise indisposed and are probably lining up a Spanish or Italian giant for their next gig , who could be tempted and who would you pick? Bear in mind that Poch has probably had enough of dealing with a boardroom control freak with Levy. Marco Bielsa anyone?
Tim SCFC

Further evidence that Man Utd are f*cked
Interesting article on the potential duopoly in the Premier league and even more interesting rage coming from the comments section below. How dare you have an opinion!

My take was that the current situation for the other 4 is such that they are unlikely to improve enough to challenge, whilst the top 2 don’t look like dropping significantly.

I thought another way to determine the health of a squad could be to look at the players currently on long term contracts. Say over 2 years, 2022.

As a Liverpool fan I am happy we have all those players on long term contracts. Wilson and Woodburn will probably be moved on for money but the rest is potentially the first team for the next 2/3 seasons.

As long as Klopp stays (at least 5 more please Jurgen) then I think we will challenge consistently.

Not bad? What do Chelsea fans think? Looks desperately in need of goals but some decent players to come back from loan.

Mostly hits, and pretty impressive at that. City’s longevity, certainly potential dominance, is all dependent on Pep staying for me. Those gaps in the squad will be filled with quality but not sure many other managers can do the 90 plus points thing so often.

Pretty good, got some excellent players tied down but needs midfielders, full backs and potentially a couple of centre halves surely?

Dearie me what a shit show that is. Genuinely how many of those players would you really want on a long term contract? Three?
Really hard to see how United challenge anytime soon. I’m amazed they didn’t go for Poch.
Mark Robbo, LFC (that was longer than planned!)

Being rotten is a blessing
Adeel: The fact we can’t attract the so called world best is actually the best news possible , Of all the world beaters who have shown up only Zlatan could be arsed .Not attracting the world’s best might also mean we won’t be used shamelessly by the likes of Godin and Ramos to increase their wages

Personally I’d much rather we purchase what we need like we are doing now >for once we look like we have a plan a few players who, will add some speed like James a proper defensive RFB so we can retire ashley young.every player need not yet be a world star …, utd famously bought Cristiano Ronaldo at the start of his career,the majority of Liverpool’s squad came from Southampton and relegated teams , so if we can’t attract the world’s biggest names I won’t be losing sleep…..
Roode

Helping keepers on pens
The change in ruling over handball and the unprecedented levels of simulation we see, I expect to see an increase in the amount of penalties. I’d like to see the balance brought back in the goalkeepers favour by allowing them to move as soon as the player taking the penalty does, in a similar vein to our Rugby friends for conversions. Pogba would be screwed…
Pete, Canberra

VAR helping bigger nations
Your recent article about how Premier League goalkeepers have already adapted to the new rules; meaning that they are changing their game to adapt to the impending VAR overlord, exemplifies an issue I mailed in about some time ago.

Amid the angst about how VAR will impact the flow of the game and take some of the exhilaration out of a last minute winner (as we all wait with bated breath for the validity of said goal to be ratified by the VAR team) a consequence that hasn’t been widely discussed is the impact this will have on the International game, European club ties and even Domestic Cup matches.

Allow me to elaborate: the larger Nations, where VAR is implemented in the domestic leagues, will gain an obvious advantage over smaller Nations which cannot afford to have their top flight matches monitored by VAR.

Players adapt to rule changes. In Leagues where VAR is used we will see:

Defenders changing their approach to aerial challenges in the box, grappling on set pieces etc. in order to reduce the risk of being caught out by Big Brother.

Attackers will delay runs to reduce the risk of being caught marginally offside by a big toe. They will also look to play balls into the box/in the box closer to any defender whose arms aren’t in the “silhouette” to gain a penalty.

Players who don’t play in leagues that don’t use VAR will not make the same changes to the way they play the game as the risk/reward will remain the same.

A consequence of this is that when players from the lower leagues are pitted against their VAR savvy counterparts from bigger Nations/Domestic leagues they are more likely to suffer the negative consequences of VAR.

The result being, as usual, the clubs/nations in the higher echelons of the game are being given an additional advantage to maintain the Status Quo.

The above changes to how the game will change are only off the top of my head and there are doubtless numerous others.
Brian (Shaking fist angrily at the clouds) BRFC

VAR not at fault
Frankly not impressed with your headline about the “VARcical” penalty change, other than a cue for people to be outraged at a reversed decision.

You don’t really need VAR for that type of call. VAR handles it now of course as it handles many other things but thats a law good old refereeing could easily have employed but mostly chose not to even in many obvious cases in the past. And I mean very very obvious cases where keepers are off the line.

Basically I’m trying to say that they call could have been made even if VAR was not a thing and now it just so happens to be under VAR because its a convenient and accurate.tool to judge it.

As far as I know, the recent IFAB change in June 1st was mostly just to make it easy to identify if the keeper feet is off the line. The old rule mostly similar with the keeper needing to be at the line and not move forward but is rarely applied by referees (just look at the last year’s men’s World Cup, where they let many slide).

So don’t blame VAR for this mess, blame referees not implementing an old rule consistently that people didnt know it was a thing. Redos of corners, free kicks and penalties have long existed before VAR came into place. If you hate what happened the other day in regards to keepers needing to be on the line, blame the rule and not VAR.
Yaru, Malaysia