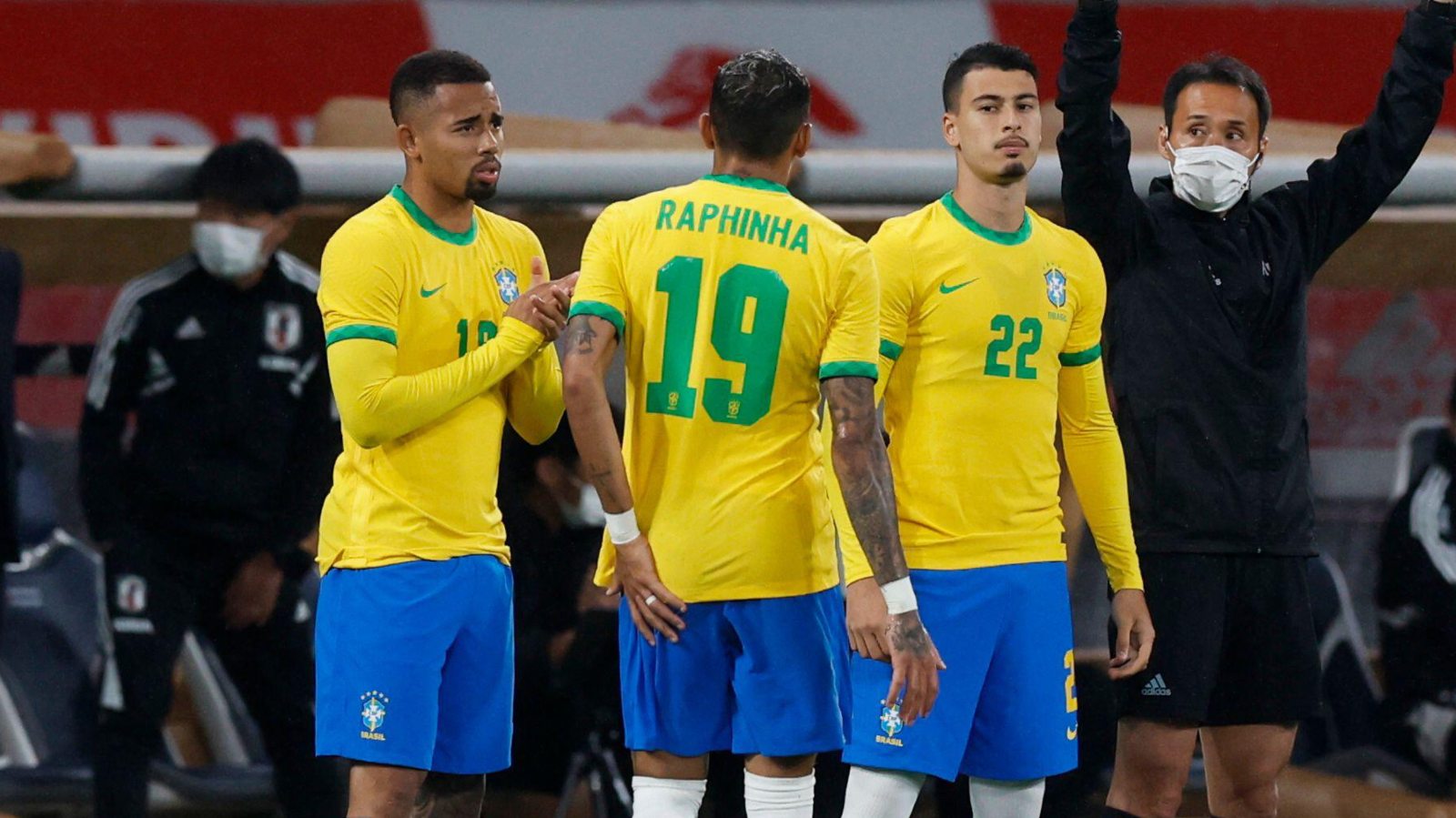 Arsenal will have a new striker next season after Gabriel Jesus agreed a five-year contract with the Gunners.

The Brazilian forward will leave Manchester City for £45m just a year before he is available on a free transfer, which represents something of a gamble for Mikel Arteta.

Jesus leaves City after scoring 95 goals in 236 games for the club since joining in January 2017.

Arteta and Edu are described as being ‘key to the deal’, with Jesus having a close relationship with the Arsenal manager after working with him at City.

Jesus started just 21 Premier League games for City last season, with half of his eight goals coming against Watford in April.

He retained the support of City coach Pep Guardiola and started both legs of their Champions League semi-final defeat to Real Madrid.

A deal to sign Jesus’ Brazilian teammate Raphinha is proving more complex both in terms of the club and the player, with Fabrizio Romano tweeting that the race is ‘still open’.

What we do know is that Leeds United want £65m for the winger and nobody has yet got close to agreeing that sum, though Arsenal are set to return with a second bid.

He clearly wants to join Barcelona and has agreed terms with the Spanish club, who lack the funds to buy him at least until they sell Frenkie de Jong to Manchester United.

Chelsea and Tottenham are both still being linked with Raphinha, though it seems that both are more interested in Everton forward Richarlison.

Arsenal’s spending might not end there, with persistent rumours that they are prepared to meet Ajax’s £42m valuation of centre-back Lisandro Martinez.

They are European football’s biggest net spenders since the summer of 2020 and do not look like relinquishing that crown any time soon.