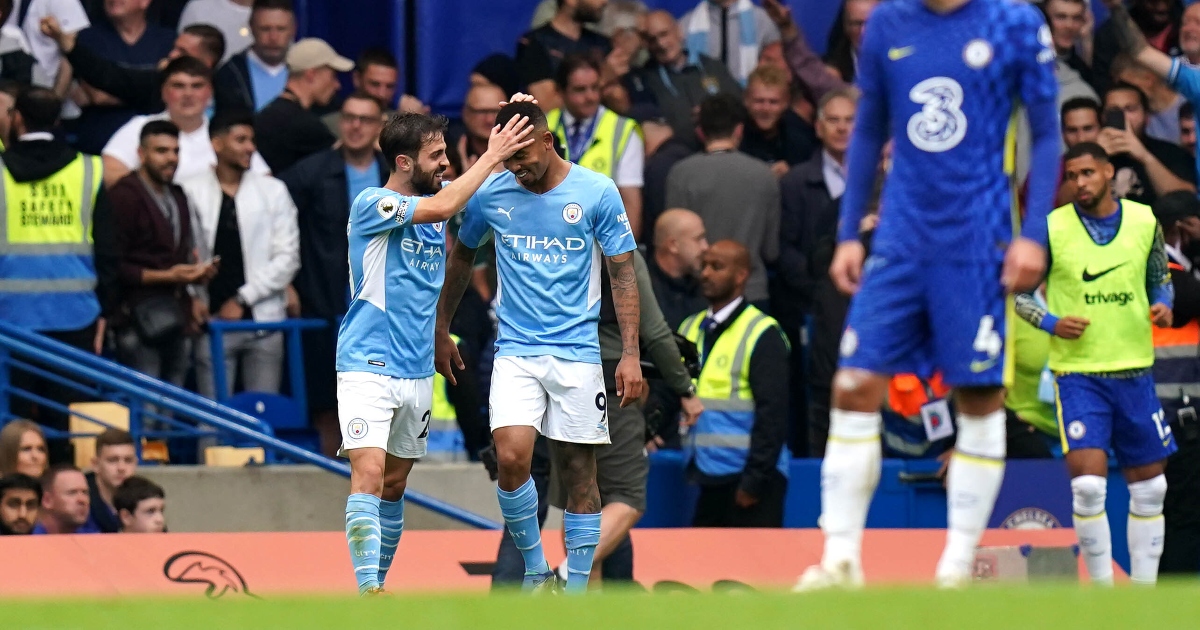 Gabriel Jesus has insisted Manchester City’s three successive defeats to Chelsea last season did not dent the confidence of Pep Guardiola’s side.

Jesus netted the only goal as City ended that string of losses to Thomas Tuchel’s men, with a commanding performance in Saturday’s 1-0 Premier League victory at Stamford Bridge.

Guardiola stopped Tuchel becoming the first manager to inflict four defeats in a row upon him, but City collectively maintained they had been otherwise motivated.

“We know always because we lost the FA Cup semi-final to them at home, in the Premier League and in the Champions League final, that people think we are suffering because of that, but that’s just football,” he said.

“We just came here to try to play well, play good football and win, that’s all.”

City brought Chelsea’s unbeaten Premier League record to a halt with a composed and controlled performance at Stamford Bridge.

Tuchel shifted his formation to 3-5-2, packing the midfield in a bid to stifle City.

While the tactic worked for a compacted first half, Chelsea lacked for any creativity, leaving strikers Timo Werner and Romelu Lukaku entirely isolated.

Jesus’ deflected finish settled the contest as City leapfrogged their London title rivals, with boss Guardiola later hailing the Brazil striker as one of his best signings for the club.

Jesus himself also revealed he feels in good form, and ready to push on for more goals and victories.

“I’m working hard so that when I get the chance I can play well and help my team-mates,” Jesus told City’s official club website.

“I’m very happy with this start to the season for the team and for me. It’s important to keep going like this.”

Chelsea defender Antonio Rudiger insisted the Blues deserved their defeat – but not for any tactical shortcomings.

“This performance in the first half doesn’t need any explanation because we were very bad, and for me I think over the whole game we didn’t produce,” Rudiger told Chelsea’s official club website. “At the end of the day, against a team like them, you can’t do that.

“In the first half we defended well, but then they scored the goal. It was a deflection but they deserved it.

“Analysing and saying it was about tactics, it’s just not true. I think it’s just that we did not perform at our high level that we usually do, and we got punished for this. We just had a bad day at the office.”