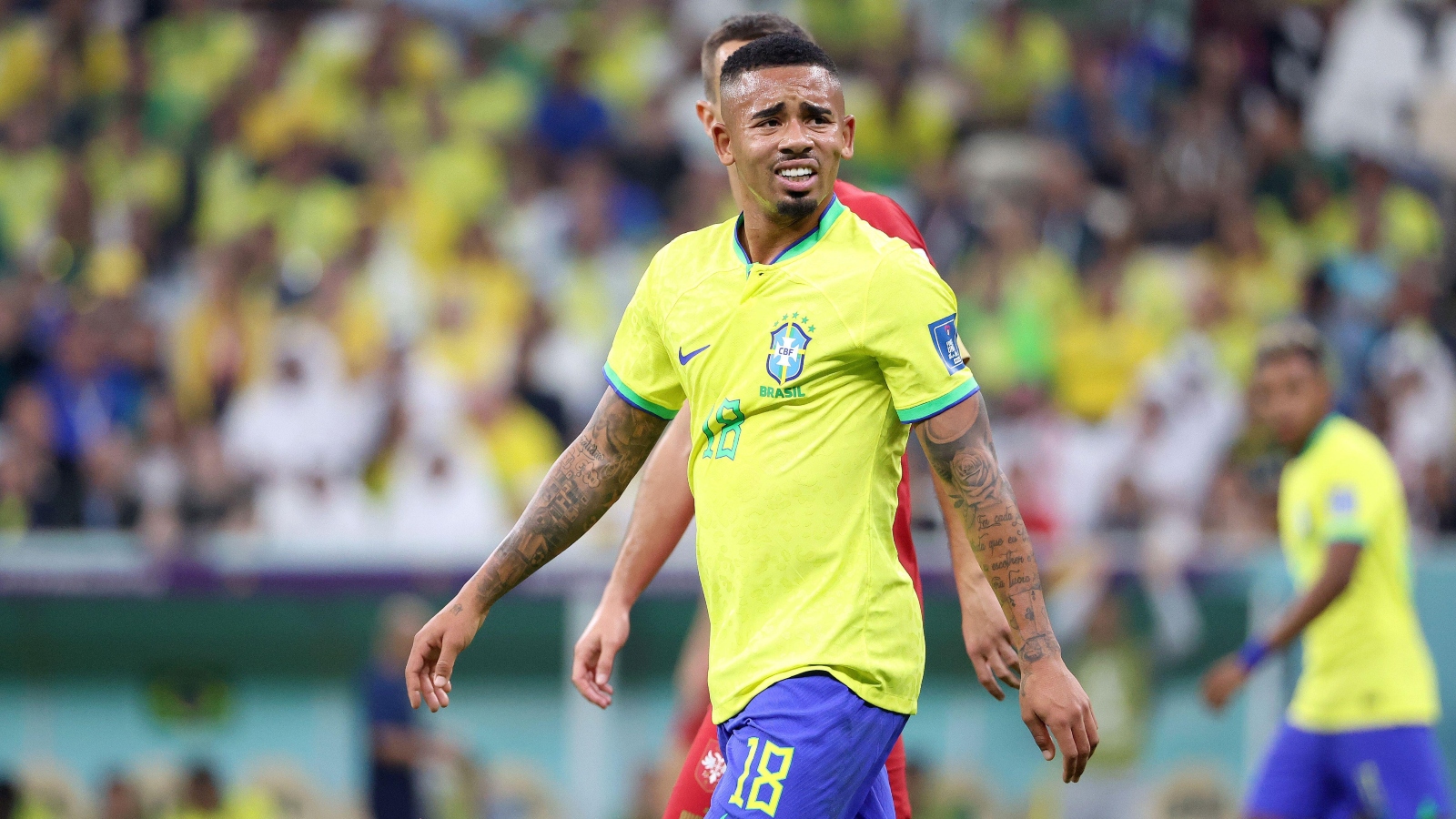 Gabriel Jesus is not worried about his lack of goals for Brazil and insists he is helping the team on the pitch in different ways.

The Arsenal striker may be a favourite at the Emirates, but he is not the first-choice striker under Tite for Brazil, and is certainly not a fans’ favourite.

The 25-year-old has a respectable 19 goals in 57 matches for the South American nation, but has zero goals in seven World Cup appearances.

Gabriel Jesus led the line in Russia four years ago but failed to get on the scoresheet in five starts.

Remarkably, his last competitive goal for his nation came in the 2019 Copa America final.

Jesus was actually sent off in the same match, funnily enough.

The former Manchester City man has only scored one goal since the 3-1 win against Peru in July 2019 – a 93rd-minute strike against South Korea in a June friendly.

That makes it one goal in 22 matches, which means his record was once 18 goals in 25 caps.

Amidst criticism from many Brazilian journalists, Jesus has insisted that he is trying to “help” his team in other ways with his scoring touch eluding him.

“Of course I’m the player who should score every now and then, I’m here for the goals,” he told Apostagolos.

“When I’m on the field I try to score, but I also try to help.

Jesus continued: “No, I don’t think so (whether it is a finishing problem).

“We can talk about finishing, but the most appropriate thing is to talk about the chances I had. It’s different football here and at Arsenal.

“Even though I had a few chances and I lost, I’m sure it’s not about submitting. I started the season so well and nobody was asking about it.

“But it’s not a problem. I’ll kick the ball into the net soon and I won’t stop again.”

The Gunners talisman adds that the Brazil team is united in their bid to win this year’s World Cup in Qatar.

“It is clear,” he said. “This is Brazil, you know. We have a story to take care of. And we just want to go out there and have fun playing football.

“We have a lot of amazing qualities up front and in the middle. Even on defense.

“We’re trying to play our football in the style you said, but you know what’s more important? That we try to help each other on the field. Run from all sides to help catch the ball and move it to attack.”

While Richarlison is Tite’s first-choice striker, Brazil legend Rivaldo has told Jesus patience is a virtue with opportunities beyond the group stage in Qatar a real possibility.

“If Gabriel Jesus was fighting to become a starter in the Brazilian national team his space was closed by Richarlison against Serbia and now the Arsenal striker just needs to be patient enough to wait for an opportunity that should come if Brazil gets to the latter stages of the tournament,” he told Betfair.

“If that’s the case, then he will have at least a chance as starter to prove Tite was wrong by letting him on the bench, anyway it will be tough because Richarlison is now full of confidence after scoring twice at the start of the competition.”