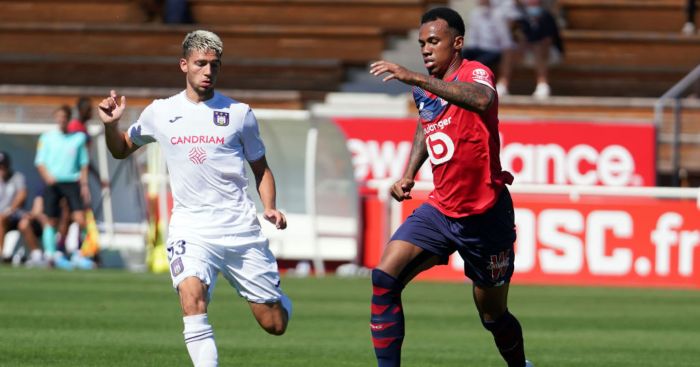 Lille defender Gabriel Magalhaes is set to undergo a medical today after Arsenal agreed a €30m deal to sign the Brazilian, according to reports.

The 22-year-old has become sought after since the transfer window opened and Arsenal have made an official approach to sign the Brazil Under-20 international.

Gabriel, who has also been linked with the likes of Manchester United and Napoli, looks set to leave Stade Pierre-Mauroy having played in 24 of Lille’s 28 matches in a curtailed 2019-20 Ligue 1 campaign.

Widespread reports have claimed that the Gunners have agreed a €30m fee for Gabriel, while the defender has agreed to join the north London club.

And sport journalist Duncan Castles claimed late last night that a medical would take place today ahead of the move being completed.

Understand Lille have agreed to sell Gabriel Magalhães to Arsenal for a fee of €30million.
Brazilian centre back due to take medical tomorrow before completing transfer to the Premier League club.
Gabriel was also targeted by Everton, Manchester United and Napoli. #AFC #BRA https://t.co/CSt29pDPmB

Meanwhile, Lille president Gerard Lopez confirmed at the weekend the defender was expected to depart the French club.

“He is one of the players that we allowed to exit the club this summer, he asked for it and wants to try something else,” Lopez told Sky Sports.

“It is going to be entirely his decision. We tend to try and steer our players in certain directions, but at the end of the day it’s the player’s decision.

“I know he is going to make a decision early next week.”