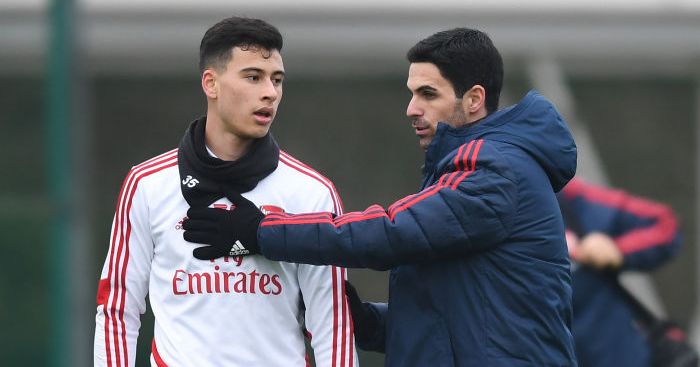 Gabriel Martinelli insists he “didn’t think twice” when he was offered the chance to move to Arsenal.

The 18-year-old has been the one true success story for Arsenal this season, having joined for just £5.6million from Ituano in the summer.

“Arsenal was the one who made a firmer proposal and serious planning,” the teenage star told Marca, via the Daily Mail.

“I was offered to train with the first team. We do not think twice. It was my dream and my parents’ dream that one day I could come to play in Europe. I didn’t think twice because Arsenal is one of the biggest clubs in Europe.”

Despite his short time so far at the Emirates stadium, he is now working under his second manager.

Unai Emery brought him to the club but has since departed to be replaced by Mikel Arteta.

And for Martinelli, both “are amazing people” that have aided his development to a regular starter in the team.