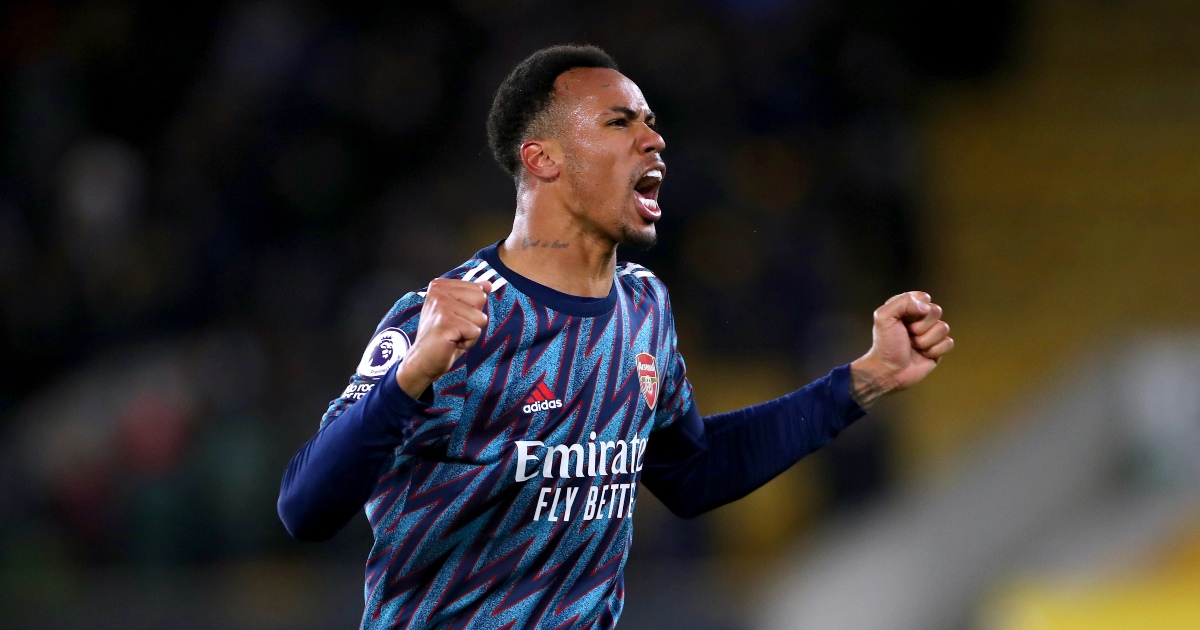 Gabriel Magalhaes has revealed that Nicolas Pepe convinced him to sign for Arsenal over Everton.

The Gunners signed the Brazilian from Lille for £23.4m in the summer of 2020, but was on the verge of joining Everton six months previously.

The Toffees had started proceedings to buy the centre-back and Gabriel had even undertaken a medical to move to Goodison Park.

But the deal broke down at the eleventh hour and after another half-a-season with Lille he instead moved to Arsenal.

Gabriel gave an interview with Colin Dinanot on Instagram (via Sport Witness) to explain what went on and how Pepe – who played with him at Lille – eventually persuaded him to opt for the Gunners despite continued interest from Everton.

He said: “Lille are a great club, a club that sells a lot so I knew I had to show myself. In the winter (of the 2019-2020 season) before the league stopped, I was already meant to sign for Everton. I underwent my medical, etc…

“But it didn’t get done. I had already envisioned myself leaving after that season. I spoke with Napoli, Everton once again, but I then chose Arsenal thanks to Nicolas Pépé, who sold the club well to me.”

Meanwhile, Arsenal defender Pablo Mari, whi’s currently on loan at Udinese, claims Mikel Arteta is “one of the best coaches in the world”.

Mari said: “I have to say he is one of the best coaches in the world because when he does the game plan… I never see it like this.

“How he finds solutions for us and makes it easy to play the game: I’ve never seen something like this. That means he is an amazing coach. To give you the tools to play a game more easily, that’s amazing because when you go to the pitch, you already have in your head the type of thing you have to do to play easy.

“For me, this was the key because I have time [now]. He was the only coach to give me that tool and make football more easy.

“I play more easy and I can see another type of option that before I never saw because before, I never had time with the ball. So now at the moment, I put in my head another level because of [Arteta].”