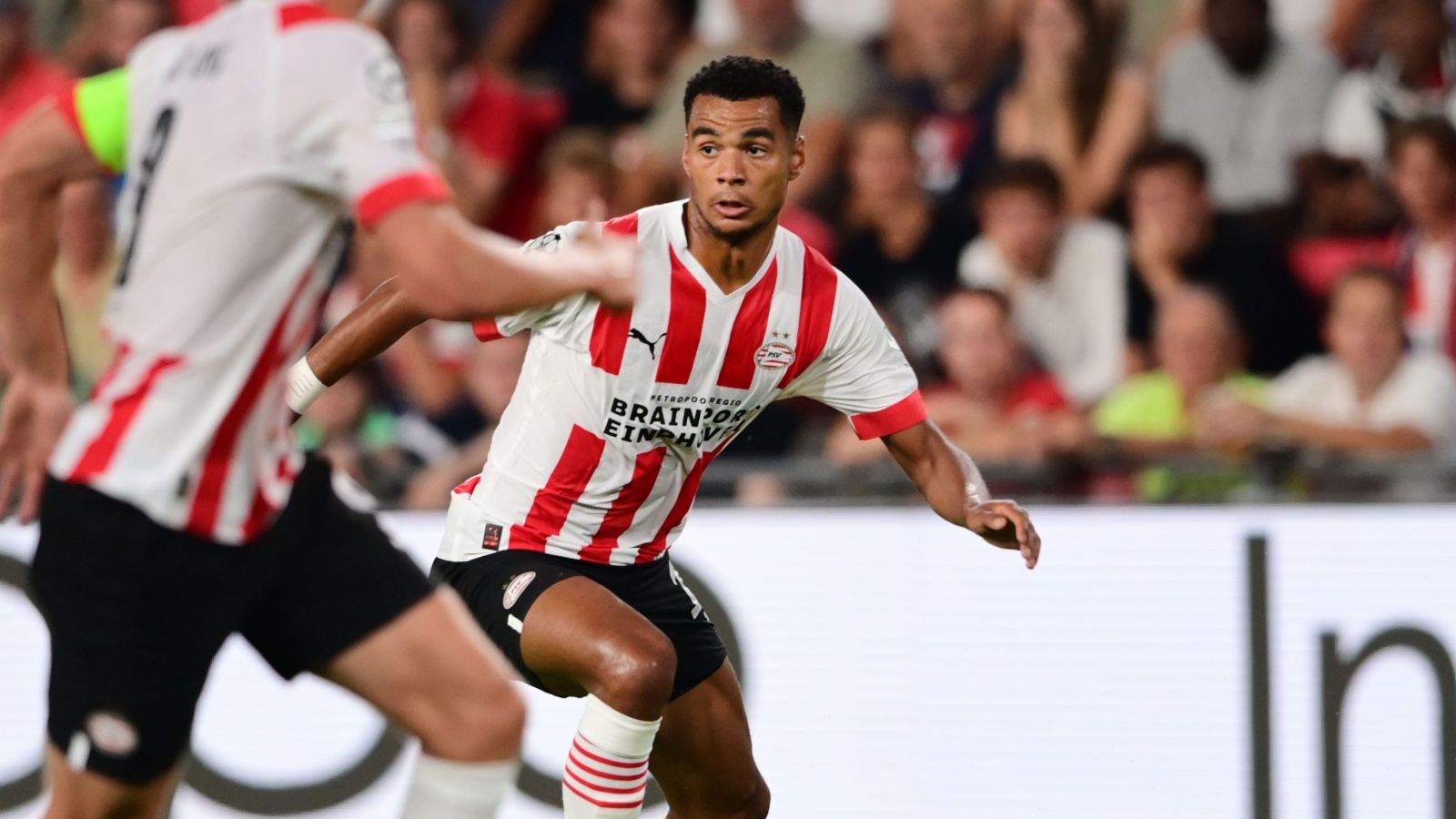 Cody Gakpo has revealed that he was “waiting” for a move to Man Utd all summer after they “registered their interest” at the start of the window.

The winger was in fine form for PSV last term as he was involved in 25 goals in 27 appearances in the Eredivisie.

After performing so well last season, clubs around Europe were bound to be interested in signing Gakpo this summer.

Man Utd emerged as a contender to sign him as a cheaper alternative to Antony with Ajax demanding around £85m.

The Red Devils stuck to their guns though as Antony’s move to Old Trafford was finalised on deadline day.

Leeds United and Southampton were also keen to sign Gakpo, who was valued at around £25m by the end of the transfer window.

A deadline day move did not come off though so Gakpo will remain at PSV until January at the earliest.

Gakpo thinks he made the “right decision” to stay at PSV amid Man Utd’s interest:

“It was difficult [to deal with] because it was my first time to decide between staying or going. You hope for immediate clarity at the start of the window so you can focus on PSV or your new club but that didn’t come.

“At the start of the window, United registered their interest but not very strongly, so I was waiting for a bit, and then the end was approaching and the signals became more positive. I started thinking it could fall that way eventually.

“The interest faded last week, so the whole window I worked towards that and then it faded. So then I was watching last week, thinking ‘what is the right thing to do?’.

“I feel at home here, in my own city. Everyone knows how I feel, but you have to look at all your options, but in the end I know I made the right choice.”

Gakpo went onto reveal that he “spoke to other clubs”, with Leeds and Southampton known to be admirers of him:

“I spoke to other clubs, Premier League clubs which could be a good step, but there are more factors to consider, like the World Cup,” Gakpo added.

“I spoke to the national team coach and asked for his advice. His advice was clear, that I should follow my feelings, but that a transfer in a World Cup year is such a transition, going from club to club. It’s not ideal for a player, and I agreed with him.