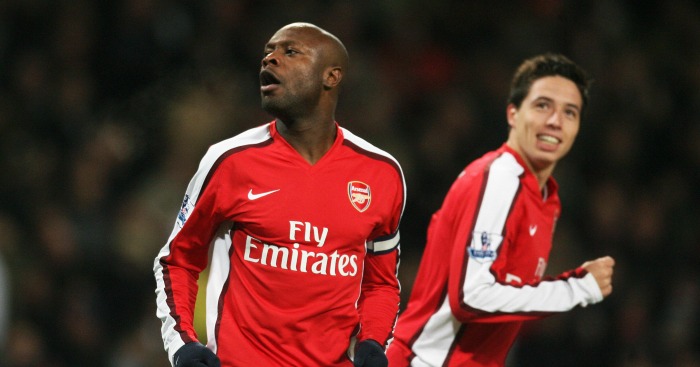 William Gallas has revealed he came close to being tasered after falling out with Samir Nasri at Arsenal.

The France duo are understood to have a fractious relationship after Gallas admitted they had a bust-up at Euro 2016, while Nasri told The Sun in 2010 that he was one of “four or five” Arsenal players who did not speak to the defender.

And while appearing on French TV channel RMC, Gallas recounted a bizarre incident in 2009.

“What you need to know is that I was staying at the hotel with my family,” he said. “I was with my cousins for a meal, it was the eve of a gathering of the French team.

“At the end of the meal, I went out of the hotel and some people approached me and wanted to talk with me. Initially I did not want to, then I recognised a person who was often with Samir at the Arsenal training ground.

“A few days before, we had had an altercation about comments that he may have made about me, and I did not like them [the comments]. This person wanted us to talk and wanted me to see Samir, who was in a car further away so I got ready to follow him – but my cousin, who is a policeman, told me in creole not to follow him.

“At the same time, I glanced inside and I saw someone crouched down with a bag. In the bag, there were Tasers. I didn’t know why. But luckily I was with people that day, because I do not know what could have happened.”