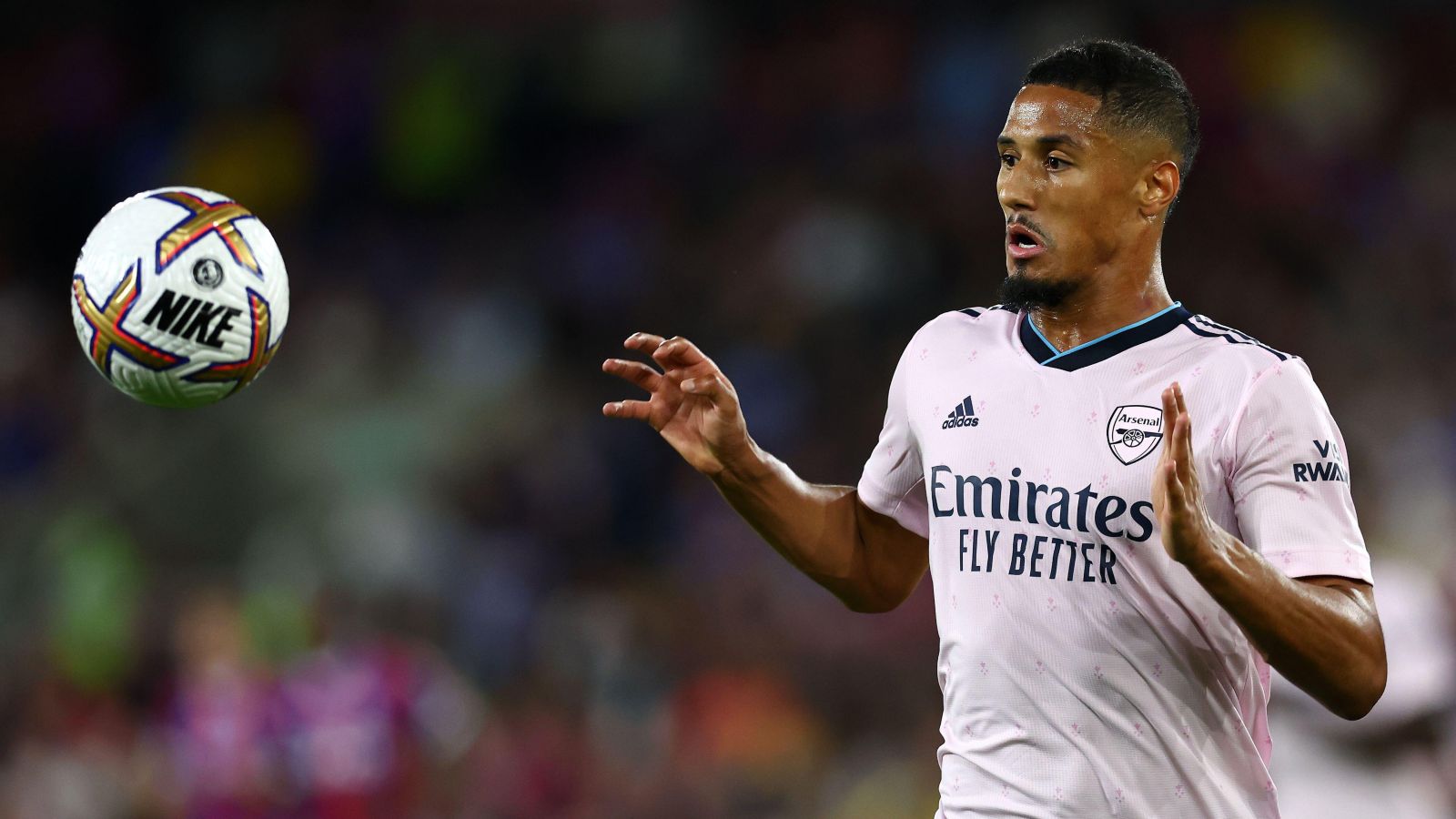 The Gunners have brought in Gabriel Jesus, Oleksandr Zinchenko, Fabio Vieira, Matt Turner and Marquinhos this summer but Saliba could prove to be their best new face come the end of the season.

Although Arsenal signed Saliba for £27m in 2019, he has spent the last three seasons away from the club in loan spells with French clubs Saint-Etienne, Nice and Marseille.

And Mikel Arteta was impressed enough on his return to England that he put him straight into his starting XI for their 2-0 victory over Crystal Palace on Friday night.

The France international impressed on his first competitive outing for Arsenal and Gallas thinks he has the “same style” as former Man Utd centre-back Ferdinand.

“Saliba is a really good player,”Gallas told Genting Casino. “When I look at him, he reminds me of a player I used to play against – and that player is Rio Ferdinand.

Their impressive list of signing has only heaped pressure on Arteta to deliver a top-four finish this season with supporters eyeing silverware too.

And Gallas predicts Arteta will be in “big trouble” if they fail to better their fifth-placed finish from last season.

The former Arsenal defender added: “Of course he will be in big trouble if they don’t make top four. Arteta has been asked to make the top four and he didn’t do it last season.

“They have just bought new players, it’s in the hands of Arteta and the players. It will be a big problem for all of them if they don’t do their job to qualify in the Champions League.”