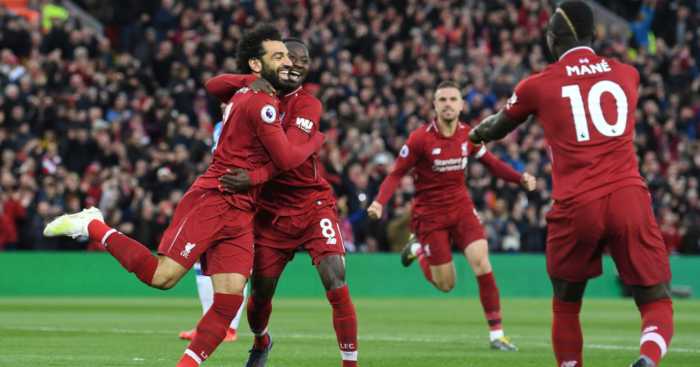 Luis Garcia thinks it will be “much easier” for Liverpool to keep Mohamed Salah if they start winning trophies.

Salah, who has been linked with Real Madrid, has again been a crucial part of the Reds’ successful season with 25 goals in all competitions this term.

Liverpool are currently one point behind Manchester City in the Premier League title race, while they are into the semi-finals of the Champions League against Barcelona.

The Reds haven’t won any silverware since the club’s League Cup triumph in 2012 and Garcia reckons that has to change to keep hold of their best players.

“If Liverpool win trophies then I think it will be much easier for the club to keep Mo Salah,” Garcia told the Daily Mirror.

“We know that Barcelona and Real Madrid will be in the market for the best players in the summer.

“And if you talk about the best players in the world right now then Mo Salah must be included.

“I have seen the talk that Barca and Madrid are interested in him and we have seen in the past with [Luis] Suarez and [Philippe] Coutinho how difficult it is for players to say ‘no’ when they get the chance to sign for one of those clubs.

“At this moment, though, I think Liverpool are a different club than what they were.

“They are now a club with the potential to win the big trophies.”