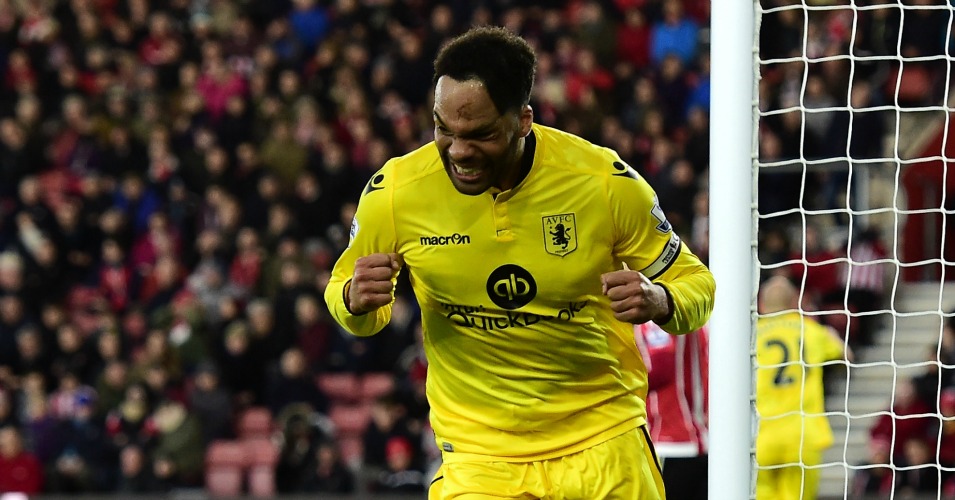 The defender’s second-half header was spilled into his own net by Hennessey as Villa clinched a 1-0 win over Crystal Palace on Tuesday.

It was Garde’s first win as boss after 11 games in charge and Villa’s first three points since they beat Bournemouth on the opening day of the season.

Lescott was accused of playing a game involving chewing gum with Brad Guzan while they were substitutes during Saturday’s 1-1 FA Cup draw at Wycombe.

The pair were given a mixed reception before the game – with Guzan on the bench – but Garde insisted former England man Lescott is key to his side.

He said: “I didn’t speak with Joleon about this stuff. I am pleased the way he gave an answer but not an answer regarding this fact. He is an experienced player and should be very important for the team.

“Joleon is a very experienced player, he spreads serenity and calm. He knows the game and is a player I can rely on. He is not as young as he used to be, I try to manage him and others as best I can.”

Villa are eight points from Premier League safety and remained bottom of the table and Garde – who gave forgotten striker Libor Kozak his first start for over two years – said they must stay grounded in their fight for survival.

He added: “We have to stay very humble, it’s only three points. We are far away from what we all want. Of course this victory could give us a little bit more confidence.

“I want to also insist on the way we played. The difference between Villa and Palace didn’t reflect the table. I want my players to be more confident and hopefully that’s what will happen.”

Palace were poor and rarely threatened Villa after Wilfried Zaha hit the post after just 44 seconds.

The Eagles are five points adrift of the top four and had the league’s third best away record but boss Alan Pardew admitted they failed to perform.

“The goal was disappointing,” he said.

“Wayne’s first touch puts him in trouble. He has been brilliant for us and his mistake cost us the goal but we made mistakes in other areas all night. They go unnoticed – as much as the goal is going to be a highlight for everyone else.

“I said to the players, there’s not many times I can turn round and say we just couldn’t get going. We have to get ourselves back into the form we showed previously.

“I don’t want to take too much away from them. They deserved the win and my team didn’t play well.

“In the position Villa are in they are going to have to play and work as hard as they did (to survive) The Premier League would not want to lose a club of this magnitude. I hope they can resolve it.”