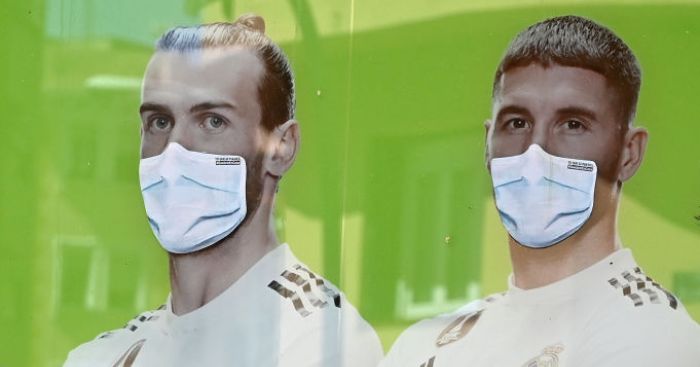 Newcastle are signing Gareth Bale from Real Madrid. Kind of. For no more than 20million euros. But also £53m.

Bale bonds
The BBC Sport gossip column is not quite what it used to be. Once upon a time, that bastion of licence fee-funded reliability would collate the latest transfer rumours from the most respected sources and list them all in one place. It was a useful and dependable service. Now, they bring us speculation that is days old and from even the most spurious of websites.

Just look at the ninth entry from Sunday’s edition as an example.

Newcastle are reportedly ready to splash to cash to sign Gareth Bale.

Pray tell, who claims ‘Newcastle are reportedly ready to splash to cash to sign Gareth Bale’? Everybody would to love to know.

The story apparently comes from the MailOnline, although the first warning sign is in their headline:

That is one word of 23 that is outside speech marks, suggesting the rest is quoted directly from elsewhere. Except it isn’t. Obviously. It must be one of modern football journalism’s most infuriating tropes.

Anyway, by the third paragraph the Mail diligently refers us elsewhere. ‘FourFourTwo report that three clubs are front-runners for the Welshman’s signature, with Newcastle the most surprising among them’ – so to FourFourTwo, via a handily-provided link, we must go.

And FourFourTwo – the Spanish version – does indeed say Newcastle ‘has become the great favorite’ to sign Bale. Or at least they did when the story was first published on Tuesday morning, only to be randomly given new life a full 24 hours later.

But is this a FourFourTwo exclusive? Absolutely not. In fact, this is all ‘according to the Daily Mail’. For fu…

With no link provided, some brief research leads us to this, from Sunday evening, on the MailOnline:

And this, in the fifth paragraph:

*Sigh*. Well, at least this is cleansing Mediawatch’s browser history. And it turns out that Marca was the initial source after all. On Sunday afternoon. For a story that has stretched into Wednesday. And been on the MailOnline twice in different guises. And is now top of the BBC Sport’s daily gossip column.

The best part? Marca state in no uncertain terms that ‘in no case is the fee going to be more than 20 million euros’. Yet both FourFourTwo and the MailOnline claim Newcastle will be offering Real Madrid £53m to sign Bale.

Recycling has never been more complicated. Still, at least BBC Sport are sensible enough not to keep pushing misleading information to their literal millions of followers.

First, Martin Lipton and Charlie Wyett in The Sun:

‘Clubs are aware of growing worry from some stars that they feel forced back into action.

‘The PFA union will express these doubts in the teleconference but SunSport understands the majority of players are now desperate to get back on the pitch.

Next, the only man in the journalism industry working harder than Jake Polden throughout the global pandemic, John Cross in the Daily Mirror:

‘Clubs fear players with asthma, family members with underlying health issues and BAME players will not sign consent forms to return to training.

‘Mirror Sport has been told one club has already been informed by two players that they will not report back because they have major concerns.

‘Aston Villa boss Dean Smith has already gone public to say two of his players have asthma and may not play while a Brighton first team squad member has a partner with a serious health issue.’

So ‘the majority of players are now desperate to get back on the pitch’. Except those ‘with asthma, family members with underlying health issues and BAME players’, two unnamed players with ‘major concerns’ at one club, two Aston Villa players and one Brighton player.

Mediawatch would love to know how many Premier League footballers The Sun spoke to before they claimed a ‘majority’ are ‘desperate’ to come into enforced close contact with others in the midst of a global pandemic. Their old mate Danny Rose certainly sounds enthused by the idea.

Public train
Speak of the devil. Jake Polden is here for the Daily Mirror website to tell us ‘5 things we noticed as Man Utd stars train ahead of Premier League return next month’.

It seems that Paul Pogba ‘did his best to obscure his face’, ‘looked focused during the session’ and ‘his ankle has been holding up well’.

In short, that translates to Pogba tying the strings on his hoodie because it was presumably quite cold, training because it’s his job, and putting pressure on an ankle that has been healed for about a month.

But every day is a socially-distanced school day for Reception, Years 1 and 6 led by teachers who cannot see their own young relatives who are not part of their household, so how delightful to learn that players wore their own clothes and Victor Lindelof ‘looked a little flushed after a sprint’.

Quite enjoy the idea that these footballers 'transformed their bodies'…by no longer being adolescents. pic.twitter.com/NF3BL0kNls

It’s still not football news and there are still far better websites (so we’re told) for this kind of thing.