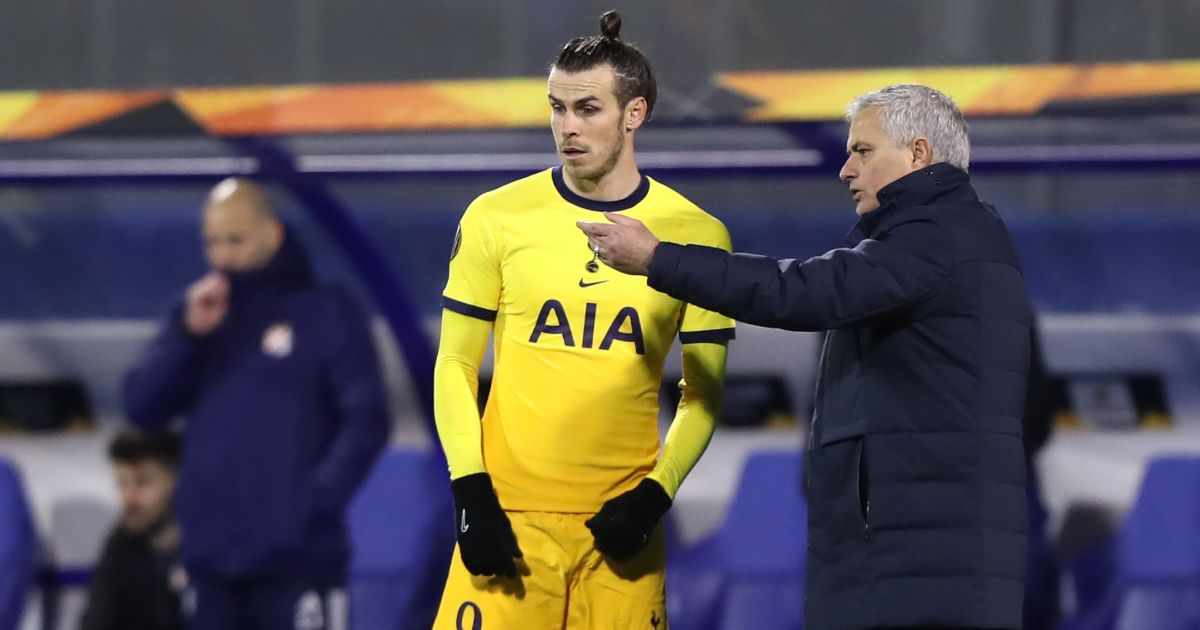 Bale, who joined Tottenham in the summer on loan from Real Madrid, struggled to hit top form under Mourinho before the former Chelsea and Manchester United boss was sacked last month by Daniel Levy.

Since Ryan Mason has taken over as caretaker boss, Bale has scored four goals in his last four matches, including two man-of-the-match performances.

MAILBOX: Where the hell is Mason Mount in the PL Team of the Year?

Speaking to SNTV, Barnett said: “As I said to Spurs at the beginning: ‘If you give him a run, put your trust in him, let him play his own game, not tell him he’s got to do this and that, treat him like a [Lionel] Messi or a [Cristiano] Ronaldo – I’m not saying he’s as good – and you’ll see.’

“It’s been proven that every time he’s been left like that, he’s gone and scored a lot of goals. He’s world class. So that was the biggest mistake – I’m not going to blame anybody.”

When Barnett was asked if he blamed Mourinho for Bale’s form this season, he said: “Well, I wouldn’t do that.

“He’s a very successful coach… but Julius Caesar was also very good, but I don’t think he would be very good with the armies now.”

A recent report in Spain claimed that Bale ‘sees himself’ at Real Madrid and that the Welshman ‘would be delighted’ to stay and end his career ‘in style’.

However, Barnett claims the opposite, with Bale highly unlikely to be a Real Madrid player next campaign.

Bale’s agent added: “He’s still one of the best players in the world, but he’s only got four games left so we will have to see.

“It’s a three-party discussion; it’s us, Real Madrid and Tottenham. We have our views and we will let them know at the right time.”

His reported £600,000-a-week wages will make negotiations tough and Barnett reckons it would be “fine” if Real left Bale on the bench next season.