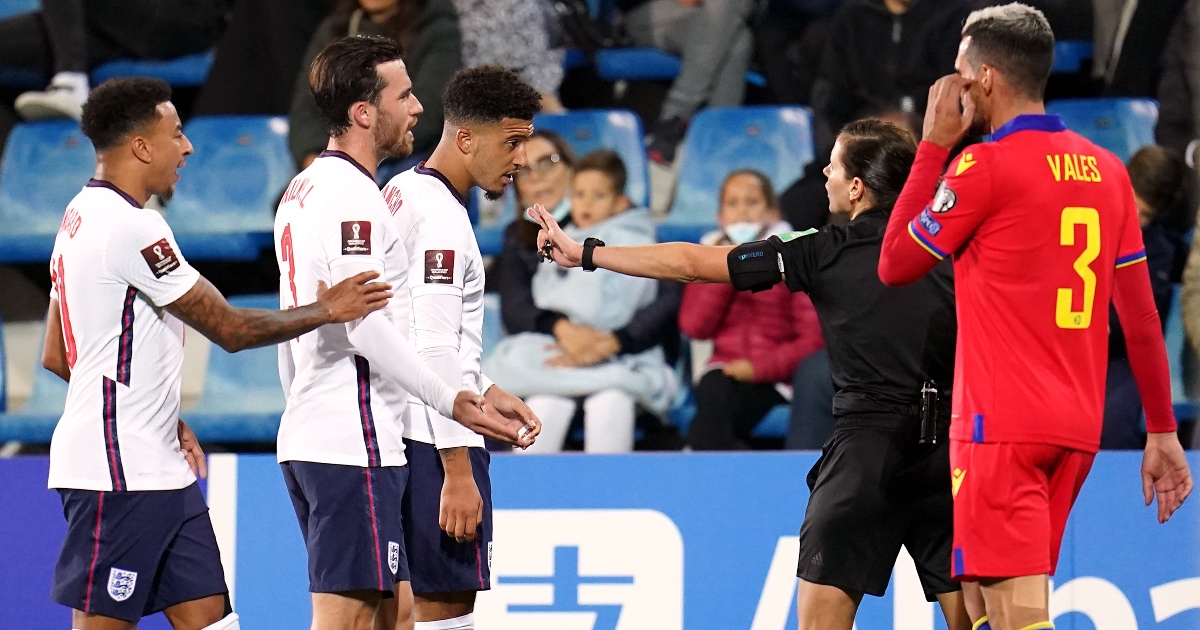 Gareth Southgate has pointed out the need for patience with Jadon Sancho, who has struggled to adapt to life back in Manchester.

The 21-year-old is yet to register a goal or an assist after nine appearances for United, and was labelled unworthy of his place in the England squad by Southgate on the basis of current form.

“Does he deserve to be in on these performances over the last few weeks? Well, probably not,” Southgate told Sky Sports after the squad announcement.

Sancho, though, was granted a starting role against Andorra and repaid the faith placed in him by his manager, registering two assists in what was an impressive performance.

Southgate is now calling for the winger to be afforded more time to adjust to his new surroundings at Old Trafford, highlighting the challenges that moving to a new club can entail.

“We shouldn’t be surprised that for a young player to have such a big change in his life, new league, new club, different style of play, different training regime, back living in Manchester, moving house and everything that’s involved in that, that’s a lot to take in,” he said.

“So it’s going to need time but he showed a lot of the qualities that he has [against Andorra] and I know that will come with the club as well.”

On his performance on Saturday, he continued: “It was not easy for a winger in the game because quite often you are receiving the ball with two, sometimes three, defenders really close.

“So you’ve got to pick the right moment to set the ball off and the right moments to back yourself to maybe take one or two of those players out and I thought he did that exceptionally well a couple of times.

“It is important that he got the assist because you’ve also got to have that productivity and the right pass or the right cross at the end of those passages of play.”

England sit top of Group I after the 5-0 thrashing, four points clear of Albania in second. They are now unbeaten in 28 World Cup qualifiers.