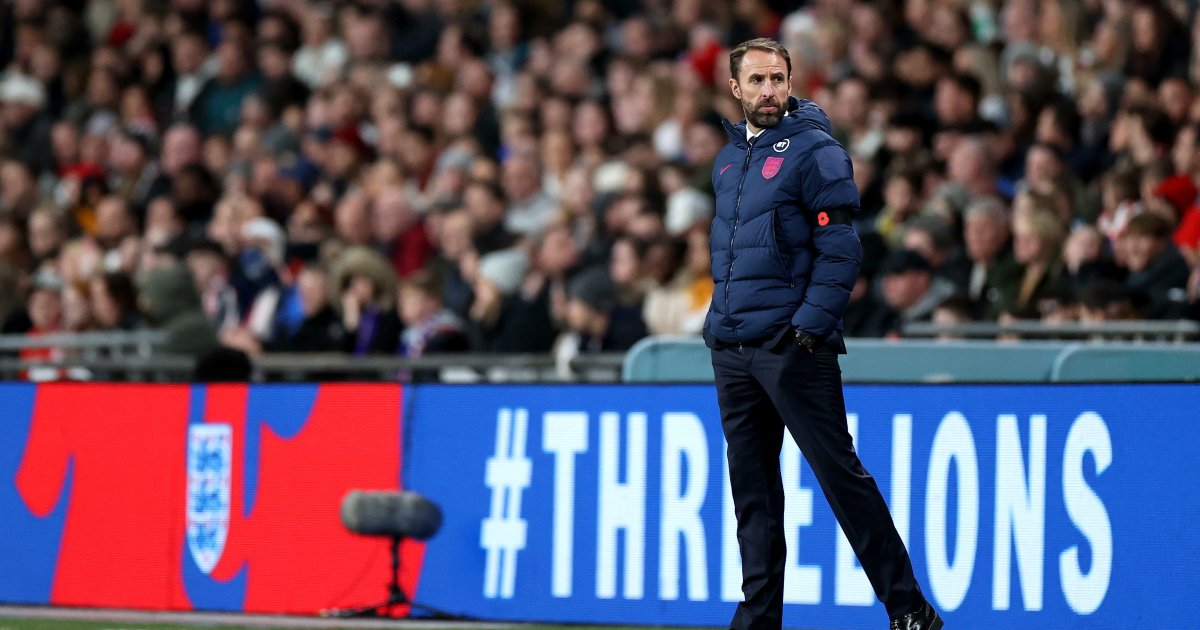 Just because England can beat someone with style doesn’t automatically mean the opposition were rubbish. Friday’s game wasn’t ‘only’ Albania; they had previously conceded just seven goals in eight games and beaten Hungary twice. This wasn’t Enver Hoxha’s communist tractor factory collective of the 70s and 80s. Even so, they were taken to the cleaners in a magnificent first-half England display.

But I note it still wasn’t good enough for those who think Southgate isn’t that most holy of things: an elite manager. I have a feeling even if we had beaten Italy in the summer, the same critics would have thought we were lucky, hadn’t really beaten anyone who was any good or had somehow won a major tournament in spite of Southgate.

I’ve even seen people saying that Southgate is just lucky because he has the greatest squad of players in the world, thus their victories are nothing to do with him, as though you can only be called great if you cohere a team of average talents into a title-winning side.

When people don’t like you as a manager, you can’t win. A big victory and it was all about the players; a poor performance or a loss and it’s all your fault because you’re not elite. It’s a shallow way to see things designed more to protect the critic from criticism. In the social media era, some apparently need to be seen to be right and it’s always a no-lose bet to say things could be better, because they always can.

But it is this word ‘elite’ that is the most troubling accusation against Southgate. ‘Elite’ – we hear the word a lot, but what does it even mean in a football context? What makes someone elite? How long does your eliteness last? Can it fade?

Is the manager who transforms an under-performing fourth-tier side into a Championship team in two seasons better than one who wins the top flight having spent half a billion pounds? Is a manager who takes a team to a semi-final of a World Cup and final of a European Championship better than one who hasn’t? There are no definitive answers and football mocks those who seek them.

Is Carlo Ancelotti elite? Hasn’t won a Serie A title since 200/04, hasn’t won the Champions League since 2013/14. Last title win was at Bayern in 2016/17, which is a one-team league. Was bang average at Everton and even if he wins the league with Real Madrid, how great is that really when Barcelona are rubbish? Nah, not elite.

How about Mauricio Pochettino? Won nothing at Spurs and couldn’t even win the league at PSG despite being richer than the rest of the league combined. Failed in Europe. Not elite.

Jose Mourinho? Used to be good. Now shite. Roma will likely sack him before the end of the season. Not elite for a long time.

Roberto Mancini? Won the Premier League with the most expensive team but only won two trophies in four years. Hardly elite performance. Hasn’t won anything in Italy for 13 years. Okay he won the Euros with Italy but they had the best players and the easiest group and only just beat Spain and England on penalties. Not bad, but not elite.

Julian Nagelsmann? One DFL Cup win does not make an elite manager. Miles ahead in the Bundesliga with Bayern because they’ve got Robert Lewandowski and more money than anyone else. It’d be a shock if they weren’t top. Not elite.

Pep Guardiola? Managed three clubs. Inherited brilliant players at each and spent huge money at each. It would’ve been harder to lose than win. Can’t win the Champions League without Messi. Bottles it in Europe every time. Massively overrated. Not elite.

Jurgen Klopp? Only won one Premier League title in five years. That’s not elite. Liverpool were poor last season and conceded loads of goals. They just have great players who bail Klopp’s decisions out. Definitely not elite.

Antonio Conte? Won Serie A three times with Juve, but they were the richest club in the league and spent the most money. Wasn’t even good enough to win the Europa League with Inter in 2019/20. Won the title last year with Inter but only because Juve fell apart. Won’t win anything with Spurs. Decent but not elite.

Didier Deschamps? Hasn’t won a league title in 10 years. Only won the 2018 World Cup and Euro runner-up in 2016 because they had all the best players. Looks like a muppet. Elite? No chance.

Diego Simeone? Didn’t look very elite at Anfield recently. Only won La Liga because Real Madrid and Barcelona were in transition. Plays the hard man but is too scared to go to a really big club. Not elite.

Christophe Galtier? Who? Not heard of him, so he can’t be elite.

Are these assessments rubbish or truthful? It is so easy to decry anyone’s achievements. Everything is arguable and relative. You can sneer at anyone in football, if you’re so minded. There’s always a way to stick the knife in but there is nothing certain except that glory and heartache hold hands as they jump off the cliff together.

We don’t need to rank managers in this granular, atomised detail, one above the other like it’s the album charts, in search of some non-existent greater truth about who is elite and who isn’t and thus finding Southgate wanting against an invented standard.

This anally retentive desire to crown an elite and decry those who do not match up to a notional, though vague standard, is more of a psychological need: a cock-measuring exercise to try and prove who is the biggest and best led by insecure people who want facts to prove something which no facts can conclusively prove.

All of which totally invalidates the very idea that Southgate is or isn’t part of this illusory concept.

It’s pointless to say we shouldn’t celebrate this great win, suspending our judgement on how good the team is until the World Cup finals, because when we get there, someone will only say we’ve got a too easy group or too hard a group. There is no definitive moment in time to judge anything, especially in cup football. Broad brushstrokes are all we can paint in. And those paint Southgate in a good light. That’s about as much as we can say.

And if we win the World Cup, then hindsight will prove this win on Friday was a step towards greatness and it will have been a step his critics won’t have punched the air to celebrate because they were trying to be too cool for school, mooching in the corner while everyone was dancing. And if we don’t win it. So what? We’ll have had a good time getting there. And it’s all about the journey after all.

Are we supposed to sit in a passionless, airless void, lip slightly curled, sneering and shaking our head at every England achievement, amplifying only the negatives in case it turns out we are not world champions and we’ve been seen to back a loser? That’s a shitkicker attitude to life and we should have none of it. If you want everything under any manager to be great all the time, football is not the game for you. You will always be disappointed.

One thing life should teach us is to make sure we celebrate the good times when they come around, because soon enough we’ll have to endure the bad times and we’ll bloody well wish we could’ve partied while we had the chance.

Gareth’s England days are simply the best of times in the last 50 England years. Nothing lasts and they won’t be here forever, don’t let them pass you by. Let’s all enjoy them while we can. They’re our bloody team, for God’s sake, so stop yer whining and forget about elites.