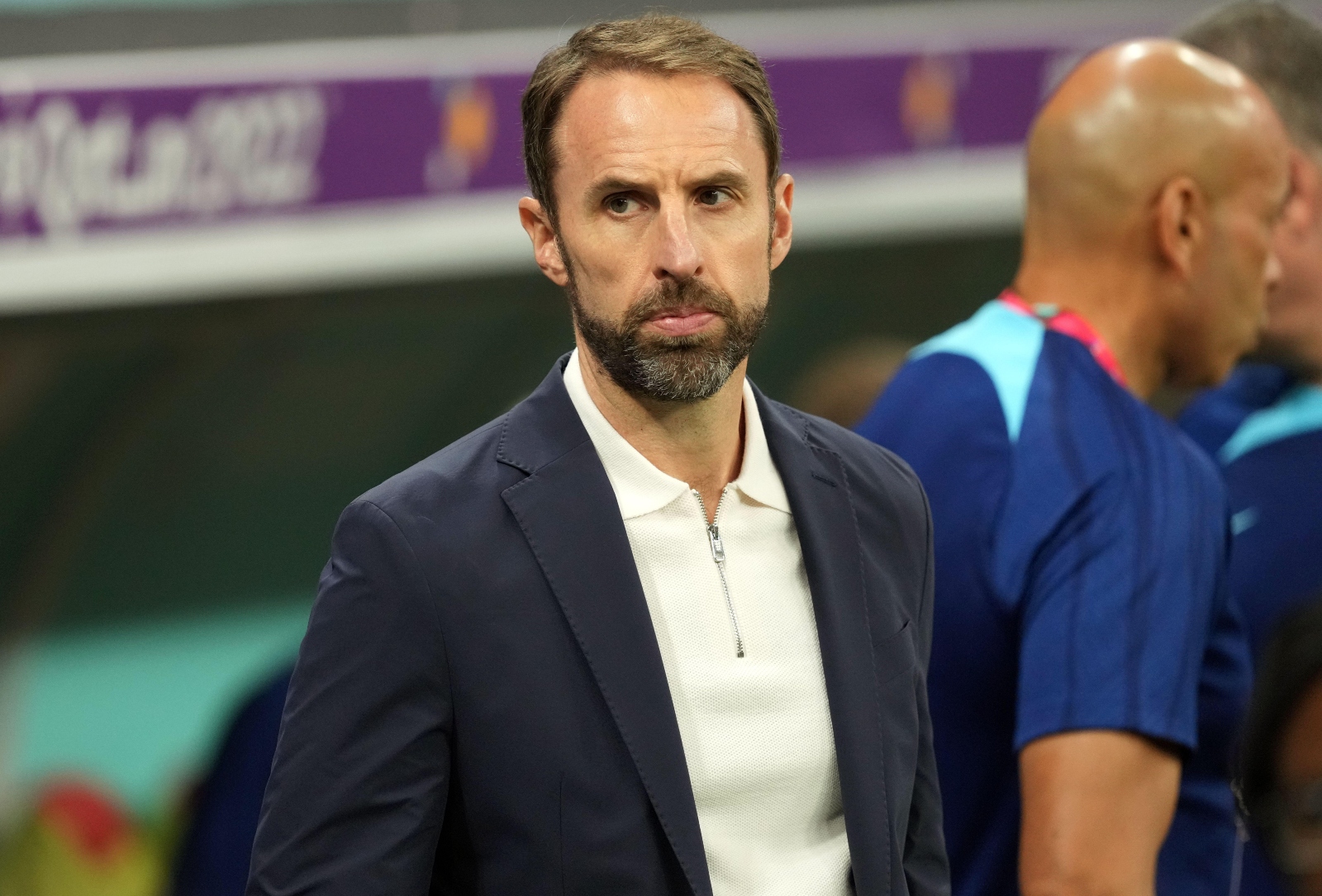 After setting the goal to win a knockout game at the 2018 World Cup, England boss Gareth Southgate says his side have a “different mentality” this time around.

Having taken over a side wounded by the humiliating Euro 2016 exit to Iceland, few could have foreseen the peaks the national team would scale during the 52-year-old’s reign.

England were a penalty shoot-out away from winning the European Championship against Italy last summer, having gone on an unforgettable run on the world stage in Russia in 2018.

Southgate’s side ended up losing their semi-final to Croatia in extra-time – experience that stands them in good stead as they prepare for their first World Cup knockout match since then against Senegal on Sunday.

“Definitely compared to Russia, I think there’s a different mentality about the whole group,” the England boss said in the bowels of Ahmad Bin Ali Stadium following victory over Wales. “There’s more belief.

“Our objectives are different. In Russia, we were just thinking about, ‘Could we win a knockout game?’ There’s more expectation now, but more confidence and more experience of big matches.

“I don’t know if we’re ahead of where we were last summer, but definitely we’re pleased that the first objective is achieved.

“The spirit of the team is good, we’ve got most of the group on the pitch, which is fabulous for the dynamic of the group and actually no yellow cards I think as well, which is a really good position for us.”

England progressed to the last-16 at Group B winners, having followed the 6-2 thumping of Iran and 0-0 draw with the United States by comprehensively beating Wales 3-0 on Tuesday night.

“I’m really pleased, but I was pleased three or four days ago,” Southgate told talkSPORT. “Nobody else was, so that’s how it is.

“I think we’ve played well and navigated a tricky group.

“(Against Wales) we dealt with an occasion that can be very tense, but our players showed their experience, they showed their class and I was really pleased with the way they handled it all.

“Senegal will be tough. I saw them play Iran in Vienna about two months ago and they were very well organised, they’ve got a lot of good individual players.

“Of course, a lot of players playing in the big European leagues and the expectations now will rise of course, which is brilliant.

“We’d have given everybody a great night at home, which we want, so we’ve got we’ve got to handle that.”

Marcus Rashford was among four changes on Tuesday and responded by scoring a stunning brace, with Phil Foden also finding the net after the calls for him to start were answered.

“They’re good decisions to have to make because most of our attacking players have got on the score sheet or assisted in some way and that’s what you want,” the England boss said, looking ahead to Senegal.

“But also we need depth and players that can come in and change matches.”

Rashford and Foden found the net, but Southgate was also quick to praise captain Harry Kane for his contribution.

The 2018 Golden Boot winner may not have scored in Qatar so far, but he has provided three assists, including the super cross turned in at the far post by Foden against Wales.

READ LATER: Rashford or Saka? Foden or Sterling? Or Grealish? The answer is every one of them

“We’re hoping he’s saving the saving the goals for when we really need them,” Southgate told BBC Radio 5 live. “But generally I was really pleased with the performance.

“It’s a game that if you don’t win it we’re still talking about it in 30 years’ time.

“We’ll have finished talking about it by (Wednesday) lunchtime, I’m guessing, so that’s the life for us, but very pleased with the way the players have played.”

Southgate says the “big business starts now” as knockout football gets under way, but first comes a well-earned break for his group.

“The players are going have a day off for a start, which is welcome, and it gives us a little bit of extra time to just go through all the Senegal games and have a look at that,” Southgate said.

“Definitely helpful in terms of freshness, but we’ve still got to get that periodisation of training right so that we don’t come in undercooked.

“But it’s nice to have a couple of days that – unless you tell me something different – should be relatively calm.”

Southgate’s trust in the group has led to a change in his manner on the touchline, with the former defender remaining on the bench for the most part.

“I got into a bit of a habit during Covid of standing out there because you felt they needed more encouragement at the side of the pitch without the fans,” he added.

“But I’m happier just biding my time and taking my moments really, I don’t really need to be playing every ball for the players. I trust them and it has been nice to sit and watch a little bit more.

“Look, it won’t be for some but I don’t feel that I need to be out there to play every ball with them. They know what they are doing, they are prepared.

“They know I’ll be there when they need me and also we have got the monitor where we can watch everything with a slight time delay if things happen when you’ve got to make some tactical decisions.”