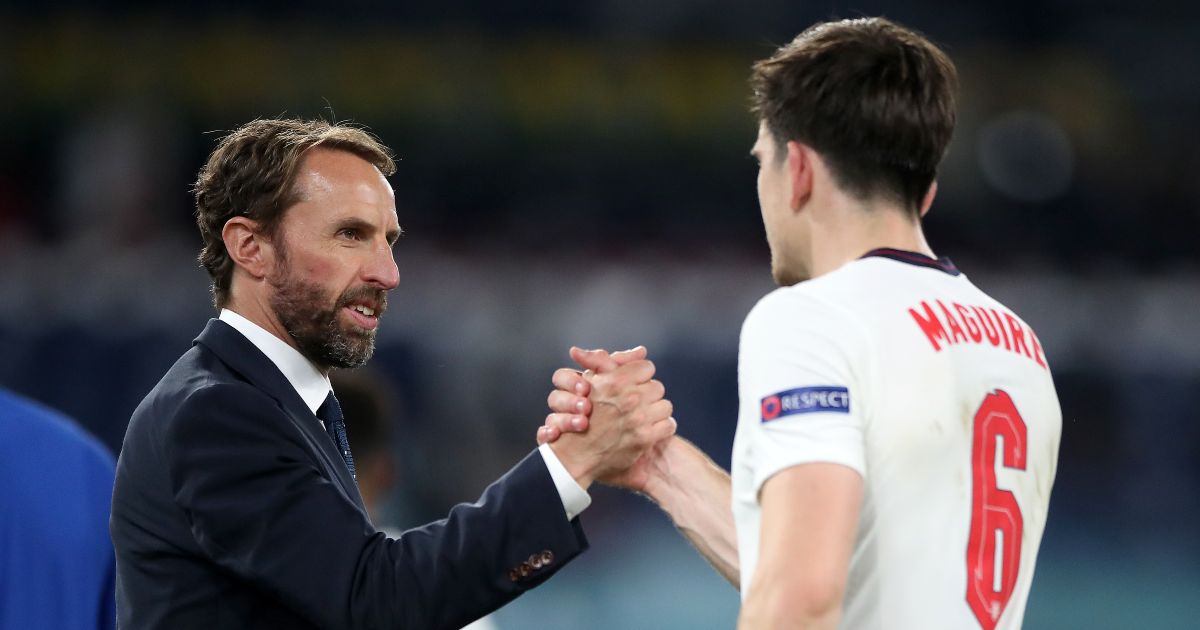 History will judge Gareth Southgate as an important man; he is exactly what England needed.

In hindsight, maybe it was 2010 when it finally changed for everyone. That abysmal World Cup effort was the point at which all faith in England was finally completely lost. We no longer believed the media hype, the TV nonsense, the players, the manager. Nothing. It was all bullshit. ‘England Expects?’ Nah. England no longer expected anything other than failure.

England were utter crap. Not a team but an assembly of individuals in cliques, psychologically broken by decades of failure, playing terrible football and hating doing it, overseen by a manager who seemed to also hate them, possibly for the same reasons we did. When he came out on John Terry’s side, well, it was time to f*ck off Fabio. Everything was awful.

2014 in Brazil was another humiliation, picking up just a single point against Costa Rica and getting kicked out. 2016 was Iceland, a game that was such a shambles in so many ways. Even the previous three games were two poor draws against Slovakia and Russia and a flukey win against Wales. It was all typical shit England.

Doesn’t that all sound like a long time ago now? It was always going to take ages to wipe a whole culture of negativity, cynicism and terror from England, both for fans and players. Many thought it impossible.

Even at half-time on Saturday, on 5live they were saying how finely balanced the game was, how good Ukraine were. How England had come off the pace and let them back in the game. How anonymous some of the team was in the first half. Did we believe? Well, sort of, but not really, not much. Why believe they’re any good, when we’ve all had our faith knocked out of us so many times before? Some seem determined not to let go of the cynicism. It has provided our only comfort for so long, so it’s understandable.

So many fixes needed to happen. A lot of them were psychological. Changing the mentality of England’s players so that they did not inherit the heavy shirt is probably Gareth Southgate’s biggest achievement. It didn’t happen overnight and it has taken time, but the mental fragility has gone, as much as it ever does in humans.

Southgate’s deliberate use of psychology goes against all the old English traditions. Being kind and thoughtful, likewise. His first post-game comments on Saturday were to mention the three players he’d had to leave out of the squad. That’s typical Gareth. No-one is left behind or forgotten.

Making people feel good about themselves and good about playing in a group is not simple. But if you can convince everyone to buy into it, they enter a supportive environment where they know they will not be isolated or ignored. That must feel great. Southgate is very much the teacher you want to impress. If he says he’s disappointed in you, it hurts. I’m not sure how that happens to a psyche, how trust and affection builds alongside respect and authority, but it is a very real thing and something most of us would recognise from our lived experience.

He fell into the job at a moment when the multi-millionaire footballer could no longer just be bullied into giving more by a shouty manager bellowing and threatening them. Minds were closed. Gareth had to open them up. His holistic approach, seeing what happens off the pitch and in the head as at least as important as what happens on it, has been easily the most radical thing to happen to the England team in the entirety of its post-war existence. It happens quietly and away from media glare, but it is a complete volte-face against tradition.

By his own admission he was a quiet, introverted boy and you can see some of that in his eyes to this day, I think. Maybe it is that personal history which allows him to understand players. He knows they need a healthy dose of humanity and empathy because he knows he did.

This is not the era for the strutting ego-filled macho man, bristling with alpha male bravado. This is the communitarian beta male’s time. A time for the self-deprecating, modest team player. He frequently cites the strength of his backroom staff as fundamentally important to the team, surrendering autonomy to the collective. That takes trust and lack of ego.

Southgate, pretty much by accident, ended up as the right man, in the right job, at the right time. There is a sense that he is learning on the job as opposed to the old-fashioned idea that the manager arrives in the role as all-seeing and wise, passing his wisdom down from on high. That now feels old-fashioned. The idea that they all progress up the ladder together, each helping the other, seems fair and modern – too modern still – for some.

To listen to these players talking after each game is quite extraordinary. They were thoughtful, articulate and focused.

I’m pretty sure that England’s players of the past were not so articulate, or perhaps more accurately they would not be comfortable allowing themselves to be so articulate in what was a far less emotionally supportive environment. English football’s anti-intellectual streak, where the stupid bullied the clever into pretending to be more stupid so as to not attract the bully’s attention, holds no sway under Southgate. Being a grown-up and showing depth is rewarded.

Above all else, this England squad is just very very likeable. Articulate, humble, socially aware, intelligent, diverse. Not to mention incredibly talented. The composure and maturity tonight has been wonderful. It really might come home! #ENG

The last World Cup must have proved to them that sticking together and believing in their manager and his methods could give them a much better chance of success and helps protect them if they fail, so why not go with it, embrace it and believe in it?

There are still those who do not believe Southgate is an elite manager, even though such a concept does not hold much water, especially at international level. But in a way, the fact he arrived at the job and was not a world-weary old lag really worked in his favour. The elite manager picks had all failed. England were not an elite team, they needed someone to help them grow, and what better way to do that than with a manager who also needed to grow into the job?

Of course, it helps that this period coincides with having a raft of very good players at his disposal. But we all know that you can have all the best players in the world but if you do not motivate, organise or deploy them properly, it is of little help.

History has made us bitterly cynical. Underneath all of the joy, not to say amazement at reaching a second (or third if you include the Nations League) semi-final, we all feel that something could still go wrong. And it could. Of course it could. The 50-year-long stripping away of belief in the England team has not been washed away totally. Football is chaos. All any manager can do is try to keep it at bay and mitigate it as much as possible, for as long as possible. There are never any guarantees.

Whether England get to the final or not, whether they do or don’t win the Euros, this is a thoroughly refreshing adventure, inspiring in that it stars a man doing things a little differently, despite plenty of people aggressively telling him not to, despite the voices-off which said he was a loser, another England failure, not up to the task. He’s put all of that to bed. He is evaporating our cynicism, one game at a time.

We can all learn from the idea that listening to the noisiest, most insistent people is not the wisest decision. Now it feels like we’re going somewhere and I never thought I’d live to see the day when that was the case. We should not underestimate how profound what Southgate has done really is.

History will judge him as an important man.