Home All The News Gareth Southgate has ‘serious misgivings’ about Maddison 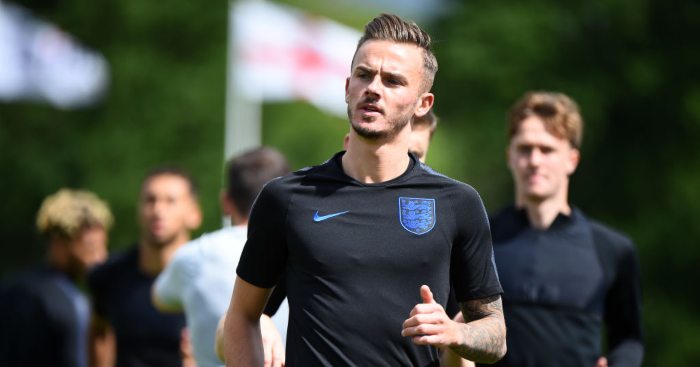 Leicester’s star midfielder James Maddison is hoping for a recall to the England senior side, but may be left disappointed as Gareth Southgate remains angry over his poor performances at the Under-21 European Championships.

Southgate is an admirer of Maddison’s ability and he is under consideration ahead of the squad announcement for the European qualifiers tomorrow.

Seb S-F believes Maddison has the substance to go with the style.

The ex-Norwich man has been called up by Southgate before but ‘there are serious misgivings about him at St George’s Park’, according to Neil Ashton of The Sun.

The Lions boss was said to be annoyed with the attitude of the U21 players at this summer’s tournament, which saw joint favourites England knocked out after losing their opening two group games.

Maddison faces competition from Mason Mount, who has impressed under Frank Lampard, for a place in the squad.

Southgate is a big admirer of Mount’s work ethic and attitude.

Man Utd’s Dean Henderson, on loan at Sheff Utd could see a first call-up, with Jack Butland losing his place after being benched by Stoke.