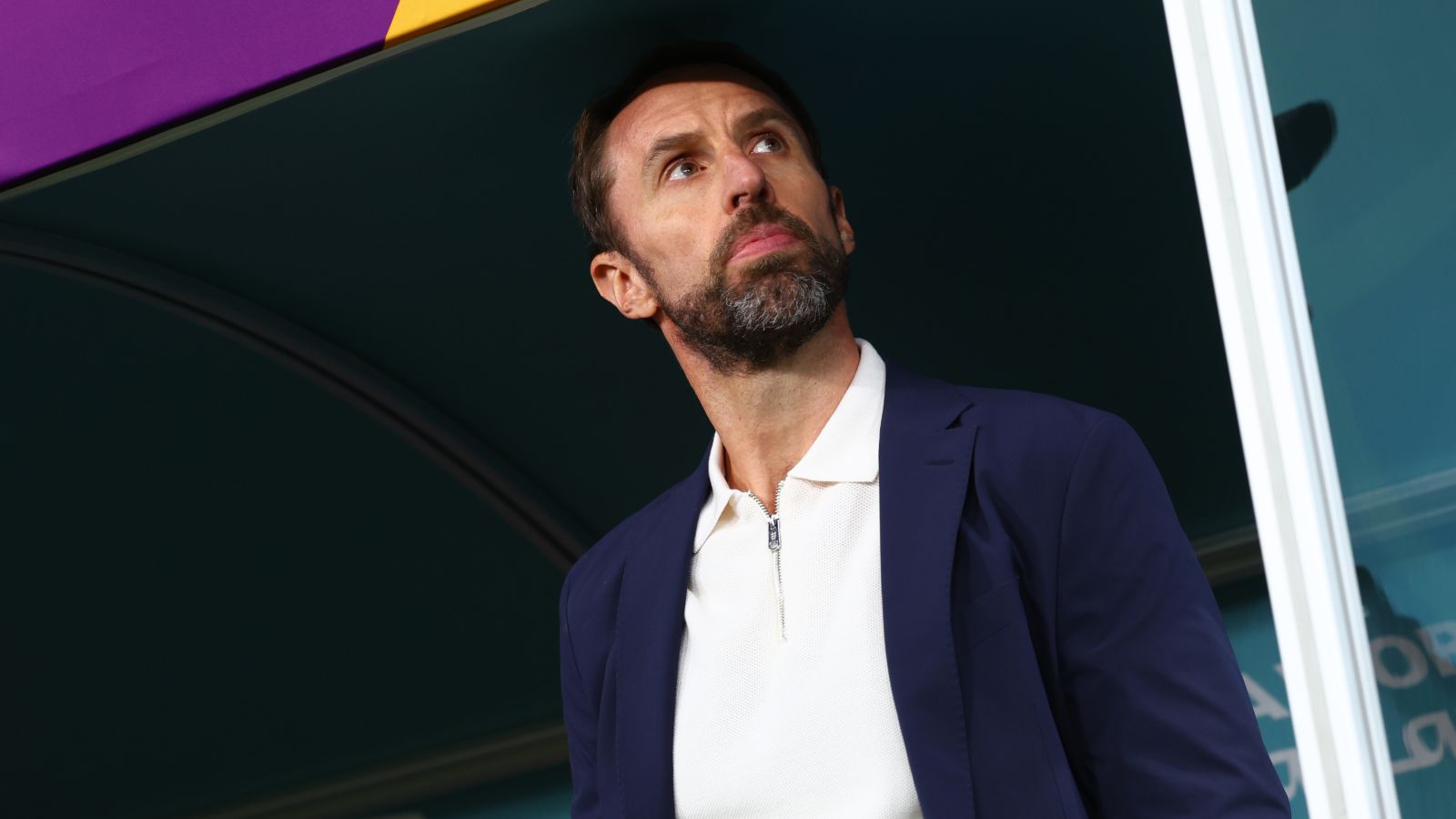 Gareth Southgate has praised two England players who “stepped up” in the second half of their 3-0 victory over Wales in the World Cup group stages.

Southgate made several changes for England’s Group B finale against Wales as Phil Foden, Marcus Rashford, Jordan Henderson and Kyle Walker came into his starting eleven.

The Three Lions were frustrated during the opening half as Wales prevented their opponents from taking the lead.

But England were able to come on strong in the second half. This was thanks largely to Rashford and Foden.

Rashford opened the scoring shortly after the restart as his well-struck free-kick flew into the net past Danny Ward.

It did not take England long to extend their advantage as two minutes later they were 2-0 up. Harry Kane expertly squared the ball to Foden, who converted from close range.

Wales never looked like pulling off a comeback but Rashford put the result beyond doubt with his second and England’s third with twenty minutes to go.

The Man Utd forward advanced into the penalty area before his effort found its way into the net after the ball squeezed through Ward’s legs.

It finished 3-0 and this win sees England top Group B with seven points. Wales meanwhile exit the competition after picking up just one point in three games.

In the other game on Tuesday night, the United States beat Iran 1-0 to finish runners-up in Group B. The USA will face the Netherlands in the round of 16 while England will come up against Senegal.

Southgate was quick to praise Rashford and Foden after his side’s victory as they “really stepped up”.

“We had complete control of the game in the first half but didn’t create enough clear chances,” Southgate told reporters post-match (via BBC Sport).

“We were a little bit out of balance and we thought we could reverse Marcus and Phil’s sides. Players make those decisions work.

“Watching lots of games the big players have stepped up. And our forwards didn’t do that in the first half but in the second half, they really did.

“You need goals from all areas. It is a problem for the opposition if the threat is coming from other areas of the pitch. It is competition for places and people have to deliver.

“You can see with [Marcus Rashford’s] club that there has been happiness in his performances. We have a different version completely to the player we had in the Euros last summer.”

Rashford said after the 3-0 victory that England can go far in the tournament.

“It’s obviously a great feeling. We were disappointed as a team after the last game, we could have played a lot better. The only way to bounce back is to play better in your next game,” Rashford added.

“Moments like this, this is what I play football for. I am really happy today to be going into the next round of the tournament, because I have massive ambition for this team and I think we can go a lot further.”