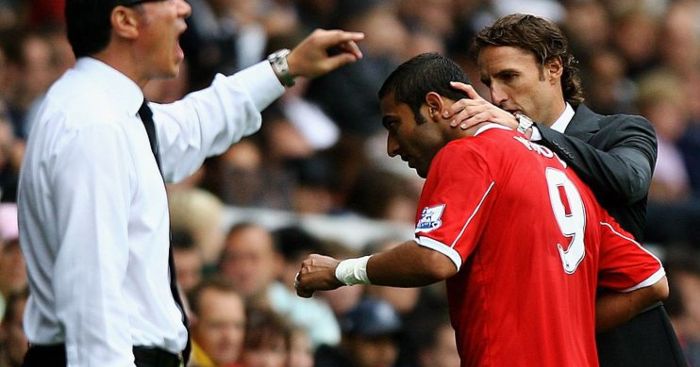 Southgate guided England to the semi-finals of the 2018 World Cup after he replaced Sam Allardyce at the helm in 2016.

The Three Lions fell to a 2-0 Nations League defeat to Belgium on Sunday, despite dominating large periods of the game, leading to former Egypt international Mido launching an attack on Southgate.

Southgate managed Mido during his time at Middlesbrough and the 37-year-old thinks England are “wasting their time” with Southgate in charge.

Mido wrote on his Twitter: “England need a proper manager. They are wasting their time with Southgate.

“It’s true he always says the right things in the media and probably that’s why he kept his job for so long but believe me, he is stuttering every time things goes wrong at half-time. Players feel his fear!

“I remember him at Middlesbrough, he was scared to death when we were fighting relegation. True, it was his first job, but these things never change.

“England got some top talents in their side, but they need a manager with strong character, someone who can get them to enjoy themselves and play with no fear. I’m sorry but Southgate is not the man to do that.

My advice to the FA go and get #Mourinho as your head coach and appoint Southgate as the FA chairman they r both perfect for the job.. get Southgate away from the players..as far as you can!! #engbel

“My advice to the FA is go and get Mourinho as your head coach and appoint Southgate as the FA chairman. They are both perfect for the job. Get Southgate away from the players as far as you can.”