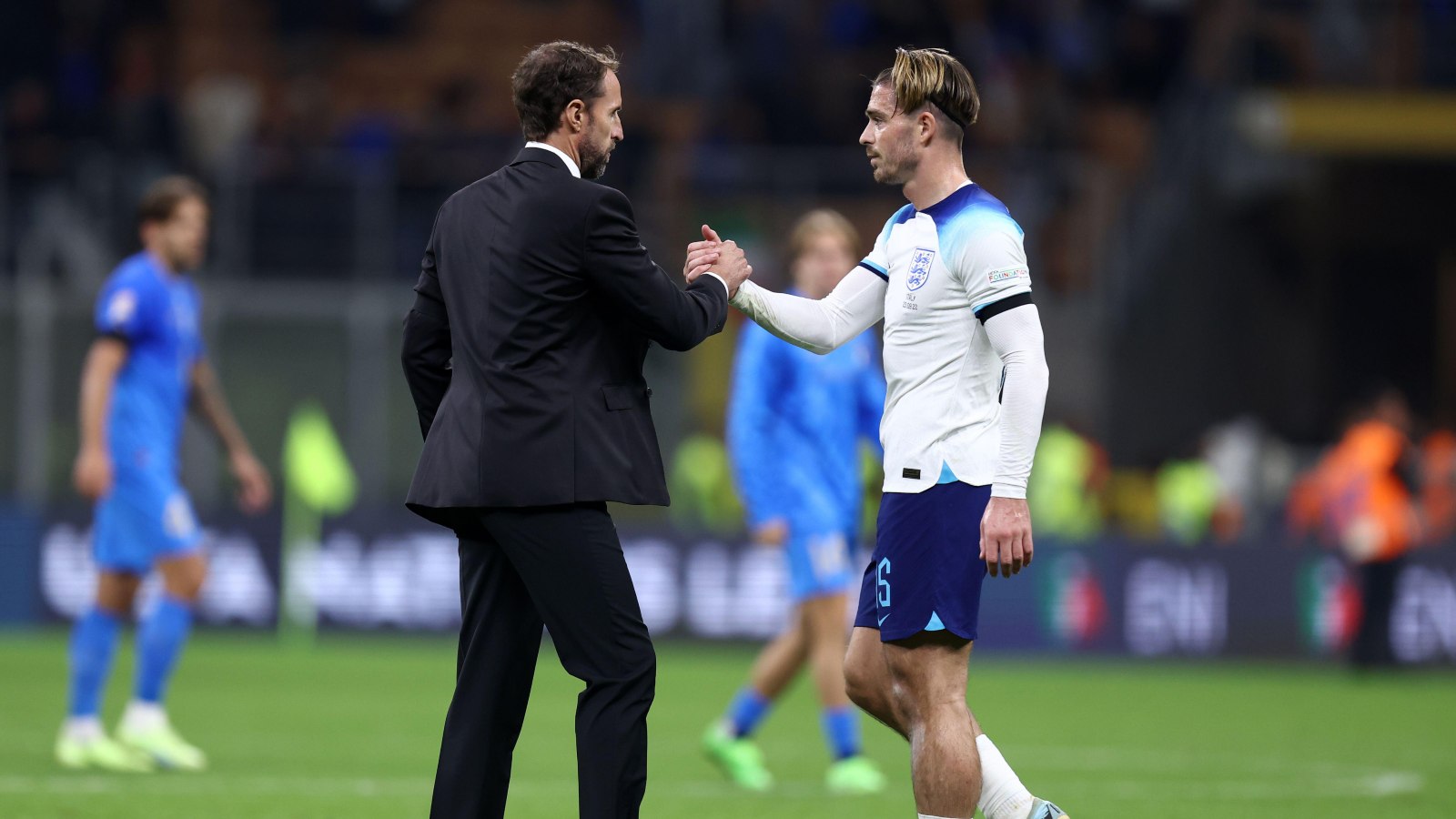 Sadly, we are in the last weeks of Gareth Southgate. The holiday from The Usual England is nearly over. It’s been a great love affair with so many hot memories, so many highs and only a few lows.

He made England feel modern and more civilised. He gave us a reason to like the national team and their manager. While a few have never enjoyed his more touchy-feely side, many have loved him. Loved his polite thoughtfulness, loved how he made England players feel good about playing for England, loved the semi-final and the final. These have been England’s best days. Gareth’s revolution was quiet, beardy and nice, but a revolution nonetheless.

But all things must pass. Six years is a long time to manage anything in football. Your voice becomes less effective, repetition sets in and what was once new and exciting becomes old and stale. We have peaked and now it is all downhill until the next revolution, if indeed such a thing ever happens. It may never be as good as it has been ever again. Don’t underestimate the huge achievements of the last six years. It is likely that the good times do not lay ahead; they’re already behind us.

The last five games prove conclusively decline has set in, not so much by the results, but by the manner of play. They may perk up against a sluggish Germany who have just lost to Hungary too. It is far from impossible, but they may also take a real beating. To some extent, it doesn’t really matter anymore.

For the anti-Gareth mob, he has not used the most talented group of players in a generation to maximum effect. But that’s not true. The supposed world-class England squad is, in reality, thin on top-notch quality. That’s not an opinion, that’s just counting.

There are always calls for other players to start and exasperation when they don’t or are not even in the squad. This has always been the case. The players who don’t play are always the solution. However, history also tells us that as soon as those players are picked, they often don’t make such a difference. We saw this most recently with the Grealish clamour.

Closer, more clear-eyed inspection suggests that actually England are not blessed with a stellar collection of great footballers. And it is nearer the truth to say Southgate has consistently made them more than the sum of their parts. The evidence is clear because the last five games show what happens when he doesn’t.

We have a lot of 6 and 7/10s a lot of the time, some inconsistent 8s and 9s and absolutely no 10s ever. Looked at objectively, there are other players we could try but there are absolutely none that are making an irresistible case for inclusion. There is still promise in the likes of Jadon Sancho, Grealish and many more, but promise is all it remains.

It’s easy to excuse the players and blame the manager for poor performances but any analysis of the squads available to other big European countries rather puts England in the shade. How many England players would get into A Greatest Hits of Europe 26-man squad? Yeah, exactly. Not many. Perhaps it is not insignificant that one who would is playing in Germany for Dortmund. The fact remains we have overachieved with talented but limited players and that’s down to Southgate.

Because Premier League players who are English command big fees, for economic and cultural insanities that we need not dwell on here, many may be making the mistake of equating the size of the transfer fee with the quality of the player. But in the inflation-riddled Premier League, that would be a big error to make.

Gareth is anything but insensitive and anything but unaware. His great strength has always been being ahead of the criticism. Time and again he would know exactly what the press would say before they said it. He was post-modern in that sense, often making the press look slow, stupid and predictable. In his post-Italy presser he spoke of knowing exactly how this bad spell will be written about, exactly what the criticisms would be and, of course, he was right. He’s no fool, Gareth. The trouble is, this sort of intelligence only works when you’re winning. When you’re losing, it sounds like you’ve spent too much time thinking about what broadcasters and press will say and not enough about the football.

So he knows. He knows the end is coming. And he’s ready for it. He’s always been ready for it. But there’s this pesky thing called a World Cup that has to be played in eight weeks and there is no appetite at the FA to sack him before that and, loyal to the last, he would never walk away from his country.

It’s remarkable how quickly The Old England mentality has reoccupied the real estate of the national psyche. English exceptionalism needs little provocation to flex its thick neck. The players are crap, the manager is crap and Nothing Good Will Ever Happen Again. The English are built to moan about the English, it’s much safer than being positive, especially when it comes to football. It requires less commitment and given the very nature of football, you’re likely to be proved right more often. That’s why the positivity radiating from the England women’s team feels very exotic and special. We are not accustomed to feeling these feelings.

However, do not underestimate Gareth. It’s not all over yet. He has never been afraid of change. We easily forget that he changed England and changed England radically, psychologically as much as anything. His success so far has been achieved through a mixture of defensive solidity, high energy counter-attacking and scoring from set-pieces. It has worked so well, qualifying for the World Cup with a record 39 goals scored and just three conceded.

But all of these things require confidence and bravery. When that goes, it all turns into The Usual England. So he needs one last big revolutionary act. Whether that comes via team selection, tactical shape or both, is up to him. What he must not do is fall back on what used to be successful and try to wring one last tune out of it. That will not work.

Things can go bad quickly, as we’ve seen, but it works the other way too. One good performance can transform the mood. Caution already defines the Southgate legacy, and it has served him, the team and country well, but there is no value left in that now. Those cheques have been cashed.

This World Cup is like none before and hopefully like none in the future. Bought by corruption and built by the blood of oppressed labour, the history books will surely place an asterisk beside it. In this psycho circus played out in air-conditioned enormodomes, Gareth has nothing to lose and only new freedoms to gain.

A new era will soon be upon us, possibly the Sean Dyche era. Will it be as good? We should not be surprised if it isn’t.

It has been a great six years, so cast off the beard Gareth, reinvent yourself for this World Cup, forget what you’ve done in the past, that’s dead and gone, go and create something special one more time.