Home All The News Southgate: Racist chanting from Hungary fans is ‘unacceptable’ 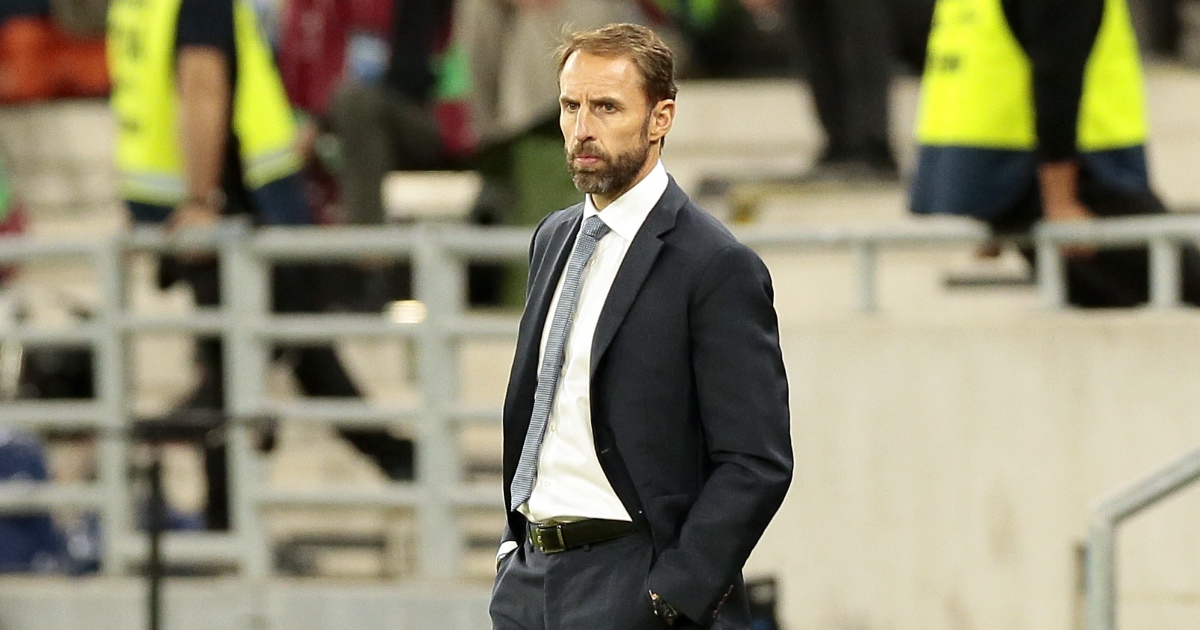 Gareth Southgate says the alleged racist chanting which occurred during England’s 4-0 victory over Hungary is ‘unacceptable’.

Boos rang around the Puskas Arena shortly before kick-off when Southgate’s men took the knee, in a show of solidarity against racism and discrimination.

It was an intimidating atmosphere from the outset, but the Three Lions did well to let their football do the talking.

The first half was frustrating for Harry Kane and co as they never really got up to speed.

Hungary kept plenty of men behind the ball and were compact at the back. Kane fired a shot well over after being played in by Jack Grealish.

The second half was a different story, with Raheem Sterling giving England the lead in the 55th minute. He beat Peter Gulacsi with a nice finish from a Mason Mount pull back.

Kane doubled their lead eight minutes later by heading home a Sterling cross. Centre-back Harry Maguire got on the scoresheet afterwards by connecting well with a Luke Shaw corner.

Declan Rice rounded off the night with a long-range effort which admittedly should have been saved by Gulacsi.

After the game, Southgate told BBC Radio 5 Live: “I was very pleased with the first half, we were in total control of the game, controlled possession and were playing the right types of passes, just not connecting in that final third. We had so much of the ball we knew they would tire, we had great chances to score more goals.

“The first couple of goals came from turnovers and quick counter-attacks, we used the ball well all night. There is not much between the two halves, they were open and the goals came. We have made a very difficult game look quite comfortable.”

When asked about the Hungary crowd, he added: “It was definitely an incredible atmosphere and in a football sense the players kept the crowd quiet. I have heard reports of racism and we were not aware of that during the game.

“I am not sure we were particularly sensible celebrating right in front of their fans with the flare but the racism is the key part. We try to take a right stand, we knew taking the knee would get an adverse reaction and anything of that nature is unacceptable.”

Hungary are expected to face sanctions from UEFA for the behaviour of their home supporters.