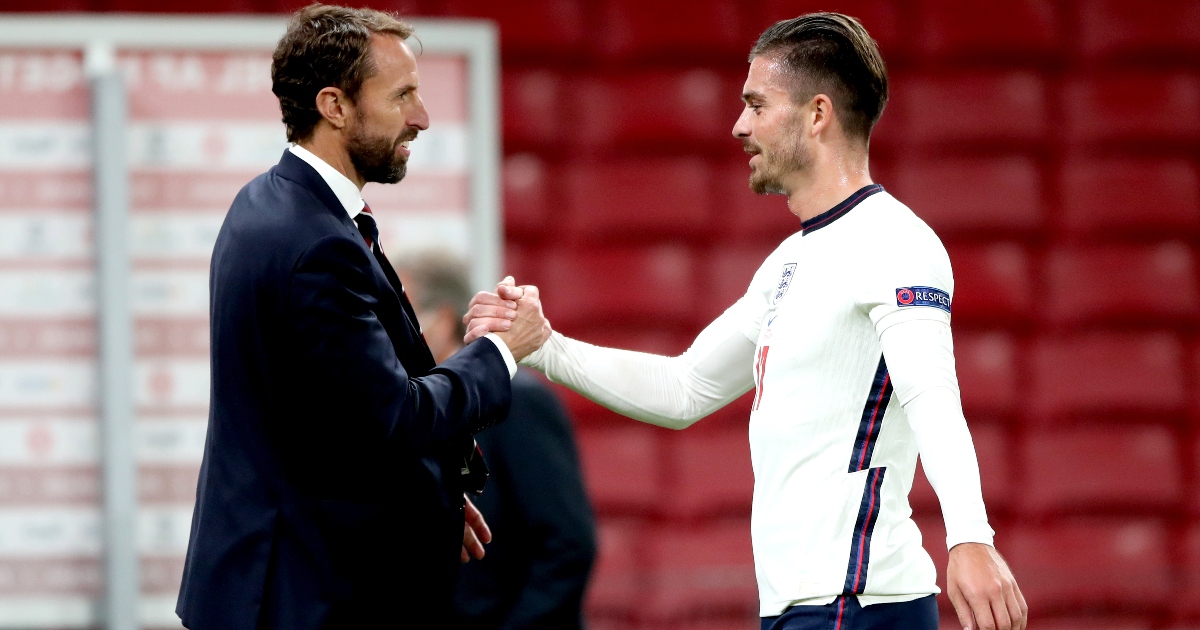 Gareth Southgate has rubbished claims that Jack Grealish has been granted preferential treatment with England following his £100m move to Manchester City.

Grealish, 25, started the World Cup qualifier against Hungary on Thursday and was highly influential as the Three Lions stormed to a 4-0 victory.

Southgate publicly praised the performance of Grealish after the match, describing it as “very, very good”, but was famously reluctant to start the former Aston Villa man at Euro 2020.

This has led to speculation that the playmaker has been promoted to a more important role in the squad following his high-profile summer switch – a claim Southgate emphatically denies.

“I’m not really sure why that argument would stack up,” the England boss told talkSPORT.

“In the summer Jack had missed 16 weeks of football or so leading into a few weeks before the tournament.

“We had several players who physically were not at 100 per cent, and we had to manage that group through the tournament.

“The game the other day, it was against a different opponent and one of the two players who were with us in the summer in attacking positions weren’t with us, so although the bulk of the team was the team from the final, we felt Jack had earned his opportunity.

“He played the first three games of the season for Man City, so physically he was in a better condition, and I think we saw that with the way he pressed the ball, the way he worked without the ball, he was physically in a much better place.

“We’ve known what a talent he is, we knew before we selected him for the squad and we’ve known since he’s been with us in the squad, and I thought his performance was very good.

“Our front-three worked so hard to set the tone without the ball and they showed the qualities they have with it throughout the game.

“I’m not here to defend myself, but I can at least give you the rationale for why we picked the team that we did the other day.”