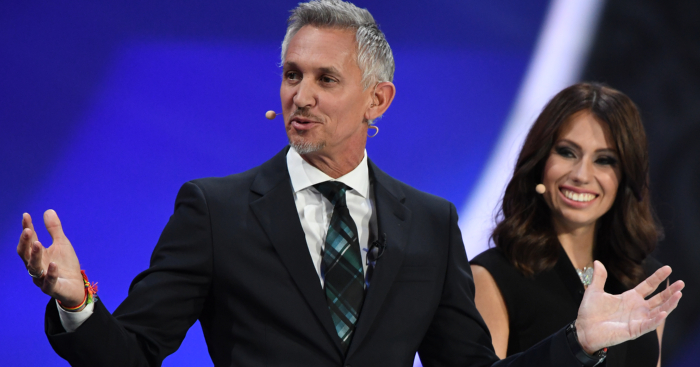 Gary Lineker has criticised his former club Tottenham after the Premier League club’s announcement that they will furlough 550 members of their non-playing staff.

Lineker, who announced he will donate two months’ wages to the British Red Cross, also said he expected top-flight players to step up and do their bit to contribute to the coronavirus crisis.

MAILBOX: How to finish the PL season part 427, screw you football and…

Lineker told BBC Radio 4’s ‘World at One’: “The way Tottenham have handled it I don’t think has been very good – what they are doing to their staff I don’t agree with whatsoever.

Players across Spain and Italy have agreed voluntary pay-cuts with the entire Barcelona squad, led by Lionel Messi, agreeing to 70% reductions while the coronavirus crisis continues.

And Lineker urged patience in respect of the response of Premier League stars, insisting: “I think a lot of footballers will do something, and I think there will be a lot of announcements at clubs.

“My inkling is that footballers will take pay cuts, they will help out in communities, they will make donations in whatever way they can, and I think we need to be a little bit patient with them.”

Reflecting on his own decision to make a charity donation, Lineker added: “I’ve decided that I’m going to donate two months’ net salary to the British Red Cross, who are on the frontline trying to help in all sorts of different ways.

“Hopefully other people who are in a position of relative wealth can do something similar.”