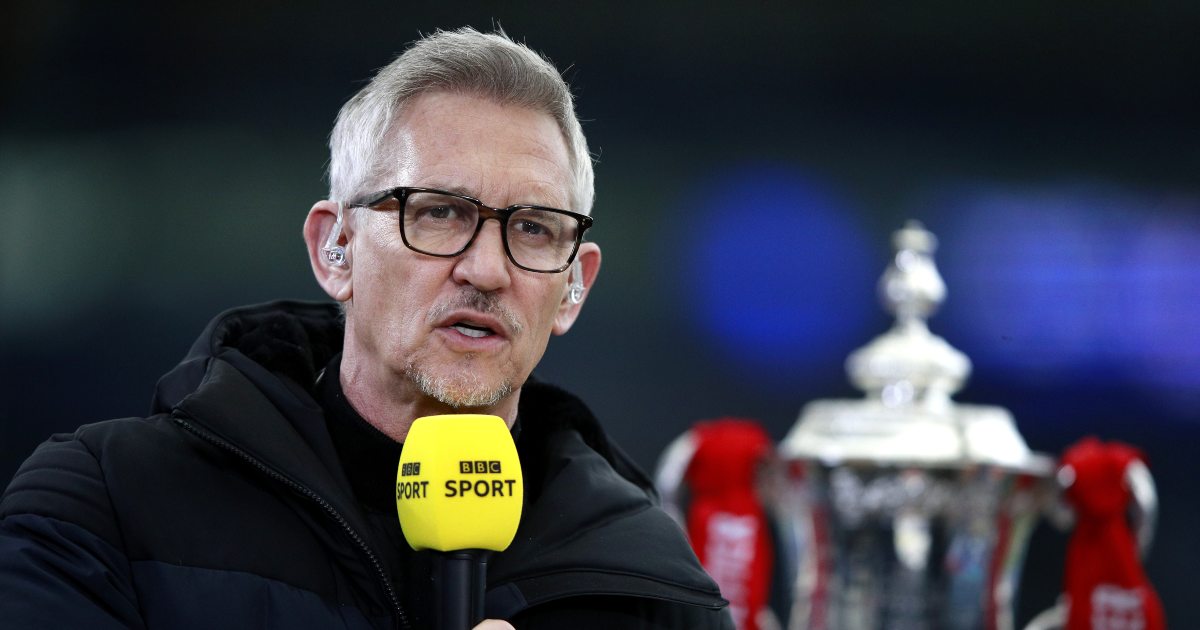 The BBC can be infuriating, but it means well. It is not the enemy but, be in no doubt, the government doesn’t like it and sees it as the opposition.

When you talk to people who work for the BBC Sport departments – as I have in recent weeks – both employed and freelance, you immediately become aware how careful many are to cover their own backsides, understandably enough.

Tim Davie, the former deputy chairman of the Hammersmith and Fulham Conservative Party, now Director-General of the BBC, has told staff to avoid expressing their personal views on current issues of political controversy on their own private social media accounts. Is the government, by proxy, shutting down criticism wherever and whenever it can? That’s what it looks like to me.

You can see how this happens. Work for BBC Sport, back a campaign for more state spending on sport, and the Mail is soon running a negative story about overpaid BBC lefties and socialists living off the largesse of public money. Everything goes through that prism, the truth is distorted completely, the BBC is in defensive mode, painted as a hotbed of Trots and Commies and questions are asked in the House about why the good old British public is paying to get left-wing propaganda rammed down their throat.

During the election, a BBC interviewer spoke to two ignorant members of the public who thought Labour had been the government during austerity. How, I don’t know, but there you go. But the interviewer did not feel able to say “you’re wrong; you’ve based your opinions on something that isn’t correct”. That is this culture of fear in operation.

“You develop an internal radar; things to stay away from. You’ve got to ask yourself, is it worth the hassle to get hauled over the coals for speaking your mind?”

A few do, such as Gary Lineker who occasionally tweets criticism of government policy and gets an absolute roasting for doing so, in parallel with compliments. In his current dispute with HMRC, he is using this fact as proof that he is not a de facto BBC employee, but a freelancer. This is interesting per se, because it suggests BBC staff are suppressed and he is not.

“I like Gary a lot and admire him, but it’s double standards by the corporation because anyone else would’ve been told to shut their Twitter account down by now, even a freelancer, or at least stop making political posts. How many other people here do you see coming out against government policy and ministers? OK, he’s freelance, but even so, he’s front and centre of BBC football coverage. I don’t know why he’s a special case. He must be useful in some way to the powers-that-be. Meat to throw to liberals, maybe?”

Football is very political and controversial in many different ways, perhaps now more than ever. People like Marcus Rashford are being very political and controversial, though not party political. Reporting the bald facts is one thing, but would it be so bad for a presenter or reporter to say, for example, food poverty should not even be necessary in a wealthy country? But it’s not said. If you did, you can apparently expect to get your collar felt by Davie. This is perceived bias. But why can’t they stand up for what they believe in?

Some of its workers have made very powerful, touching films about racism for the Premier League and the BBC

We know this video will not stop online abuse, but in sharing this, we want to highlight the seriousness of what we’re demanding of social media platforms#NoRoomForRacism | #StopOnlineAbuse pic.twitter.com/m4OayJ0Mqf

“I bite my tongue a lot. If I didn’t, I’d eventually get sacked. Or I assume I would. You never quite know. At times it feels like we’re treated as children. Why the heavy-handed attitude? I just don’t get it. The Tories are winning everything anyway.”

In England perhaps, we don’t fall for it so much in Scotland. But that’s my main point. It is a very troubling thought that this may be exactly why they are winning. If a picture is made up of a million dots, you don’t notice when one dot is changed, but eventually, by changing them all, you totally change the picture.

Thus, little incursions into freedom of expression can, over time, turn into full-blown acceptance of propaganda and suppression of criticism. Making the most popular TV and radio broadcaster supine is very important if you want your extreme politics to be normalised. And they have been. That worries me a lot.

Davie also says employees should avoid ‘virtue signalling’ as he calls it, rather significantly.

On this website, we know that term is almost exclusively used as an attack on the ‘woke’, by the intolerant and often right wing. He knows it’s a dog whistle expression and in using it he’s painted himself on one specific side of the fence.

“This is not a modern thing. It’s not unusual for the BBC to have a Tory DG. For all the government and newspapers might think it’s full of lefties, loads of BBC people have gone to work for the Tories. It’s always employed its fair share of posh privately educated people who have toed the establishment line in all sports, as well as in the newsroom. Allegra Stratton was just the latest.

“The truth is the BBC is shit scared of the government. The whole Prince Philip debacle? That was all down to that fact.”

The BBC’s football broadcasters are asked to be informal, chatty and to a degree unscripted in how they do their work, perhaps especially on radio. Often talking off the top of their head, I think they are superb.

But if they think Johnson is a two-faced liar and can’t be trusted to support the football pyramid (like he even knows what it is) and can offer up proof of this, they should be able to say so without rebuke. Ironically, plenty of Tory voters know Johnson is a liar and don’t care. These are not ranting idiots, they are intelligent people, and they should input their content as much as anyone else.

This is obviously all designed to placate an aggressive Tory government which hates the BBC and, in the case of the Prime Minister, won’t even deign to appear on its flagship news programme, Today.

“I can imagine it’s very, very hard for political reporters, but whilst I totally agree that sport is political, and clearly Boris Johnson has decided to involve himself in some parts of that, I’ve never been asked/told to adapt the way I cover a story for anyone’s benefit. I’d like to think I’d notice if it were happening, but maybe not?”

I don’t think it does impinge on basic sports reporting, there’s no reason for it to until an active issue comes up which involves government policy.

“I’ve always pitied the Mail/Telegraph people who slam the BBC, because I’m sure they didn’t get into journalism just to become propaganda machines…but it’s never occurred to me that it would happen within our walls. That may be naive, but certainly within sport, there’s never been any suggestion of me covering any specific story in any specific way.”

When it comes to ‘issues’ is where the test is. That’s when you’ve got to choose words carefully. Some do it, I think, almost automatically now.

“You just have a “no, don’t say that” trigger in your brain. No-one is standing over you wagging a finger but now you sort of feel there is. You didn’t a few years ago. You do now. I wouldn’t feel comfortable coming out as vehemently anti-Tory, but I am vehemently anti-Tory. So the suppression is working, I suppose, isn’t it? You don’t want to get on a black list, or make life difficult for a presenter, who is often a friend.”

“Those working for the BBC have an obligation to ensure that the BBC’s editorial decisions are not perceived to be influenced by any personal interest or bias,” reads the Davie edict. ‘Perceived’ is doing all the heavy work in that sentence.

The BBC’s job isn’t to seek to balance truth with lies, even though it often seems that agreeing with the government means you’re neutral, but opposing it means you’re biased.

Staff are told they can attend events such as Pride marches if they are “celebratory” and not “taking a stand on politicised or contested issues”. This is confused thinking. When does celebration become taking a stand? You can do both simultaneously. The personal has a long history of being political.

Again, what Davie really means is you can be pro-gay, anti-racist, pro-feminist, or anything you want, but insert anything political, that makes it ‘contested’ and it is off-limits. This isn’t right. A BBC worker should be able to do what they want in their private life and, within reason, add their reasoned point of view to any debate when relevant to the topic.

It looks to me that Davie has his nose firmly wedged up the Tory party fundament, fighting a covert culture war on behalf of right-wing zealots and loons, under the guise of being neutral and even-handed.

“If I spoke my mind, I wouldn’t last a minute,” says one learned staff member who is full of wisdom, perception and knowledge – someone we could all learn a lot from. That we’ve ended up with that being true is disturbing. The BBC is an important bulwark against the lowest common denominator pressures of commercial TV and we mustn’t let it continue to be neutered by stealth in this way.

We see you Davie, we see you.