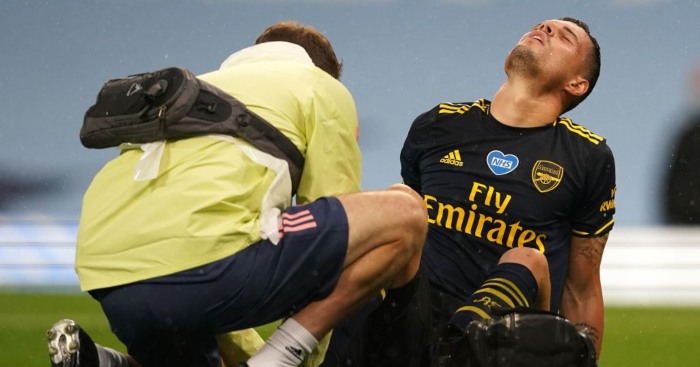 City emerged 3-0 victors against Arsenal in front of empty stands as Pep Guardiola comfortably overcame former assistant Mikel Arteta, who saw substitute Luiz unravel as he gave away goals either side of half-time and got sent off.

Luiz’s disastrous display came on a night of three serious-looking injuries, with the Brazilian replacing Pablo Mari in a match book-ended by Granit Xhaka and Eric Garcia leaving on a stretcher.

“I was stunned (by the decision to fly). I was thinking more of the risk of the weather, the storms we’ve got at the moment and what if they were unable to fly.

“Obviously it’s not ideal to get on a plane three hours before you play anyway, but it looks like Arsenal will lose two players from their starting XI inside 20 minutes. And it looks like David Luiz option or no option. He’s going to get a run out.”