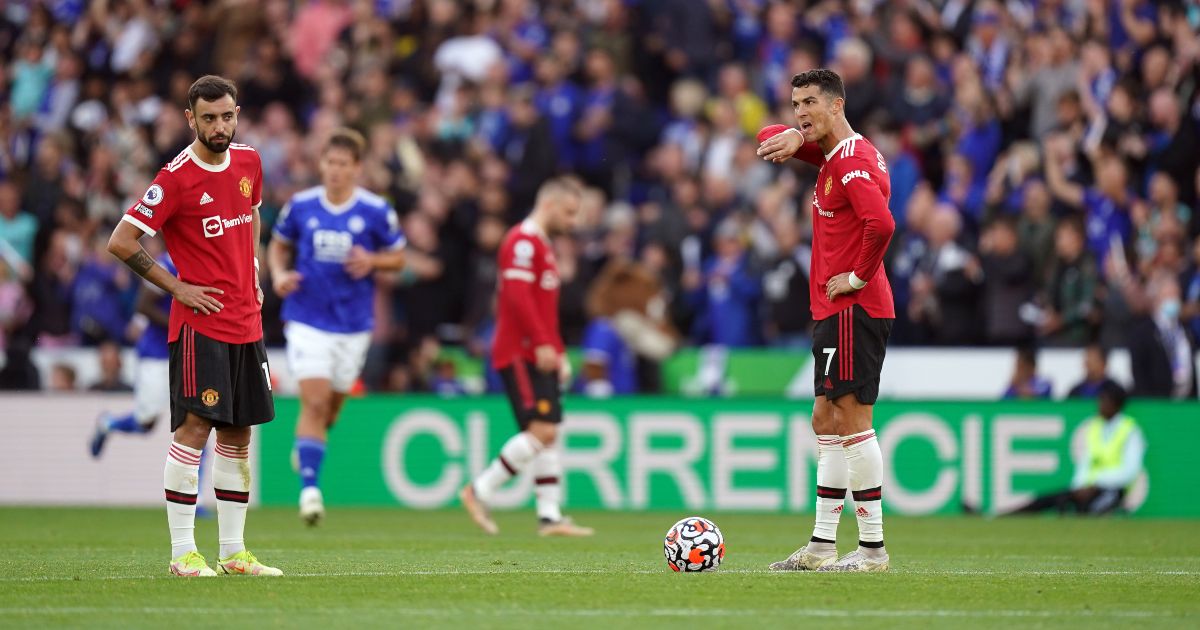 Gary Neville was annoyed to see Man Utd duo Bruno Fernandes and Cristiano Ronaldo “flailing their arms” at other players in their loss to Leicester City.

Late goals from Jamie Vardy and substitute Patson Daka sealed a 4-2 victory for the Foxes in a disappointing second-hald performance from the Red Devils.

Man Utd have taken a single point from their last three Premier League games and only won two of their last seven matches in all competitions.

Bruce, OGS can’t be protected for much longer on United fronts

Jamie Carragher raised the issue of playing Paul Pogba in central midfield at Man Utd when he started putting in some good performances on the left last season.

But Neville claims that it’s not Pogba who is worrying him, instead he thinks Fernandes and Ronaldo need to up their performances and stop moaning at other team-mates.