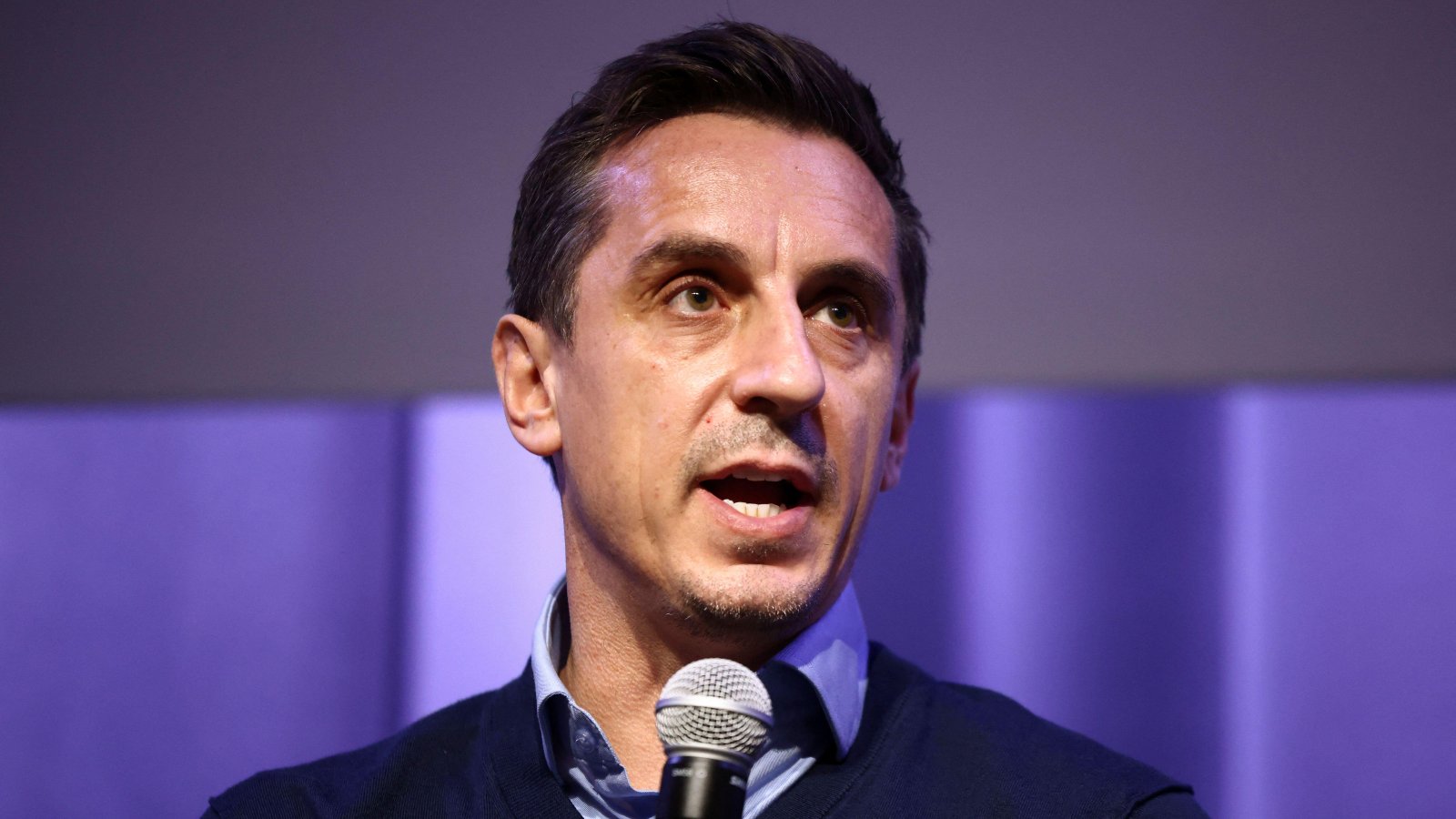 Gary Neville has made a bold claim that Manchester United would be a “better buy” than Liverpool as a potential asset.

Both clubs are said to be considering new investors as the ownership rumours continue to swirl.

Fenway Sports Group bought Liverpool for £300million in 2010 and have overseen the club’s most successful spell of the 21st century.

The Glazers have been at Man Utd for a slightly longer period. The American owners first invested in United in 2003 and they became the club’s majority stakeholders in 2005.

Neville has been critical of the Glazers ownership, but he recently admitted regret at not speaking against them sooner.

As both clubs now seek out new ownerships, Neville has had his say on who the more attractive club would be to potential buyers.

“I don’t want to be disrespectful to Liverpool at all because they’re a massive football club,” Neville told Sky Sports.

“When you look at the height of English football when it comes to viewing figures, fans, and commercial revenues – it’s Manchester United and Liverpool at the very top.

“Forget the fact that Manchester City at this moment in time create a higher revenue. Naturally through traditional means, Manchester United and Liverpool are the two biggest clubs in the country by a mile.

“Manchester United will be more sought after and will fetch a higher price than Liverpool. Unless Liverpool have got something sorted, I think they’re going to have to wait a little bit because I think the buyers will go to Manchester United first – unless there’s a Liverpool fan who is very wealthy somewhere and has an allegiance to Liverpool.”

Liverpool have been far more successful on the pitch across the last decade than Man Utd have been.

Despite their recent success and historical standing, Neville still believes that Man Utd are a bigger asset to purchase.

“Liverpool are in a better position on and off the pitch at the moment, but you cannot deny the scale of Manchester United. When you look at commercial revenues, Manchester United as an asset are a better buy.