Home All The News Neville: It’s a ‘collapse’ from Liverpool not a Man Utd-like ‘dip’ 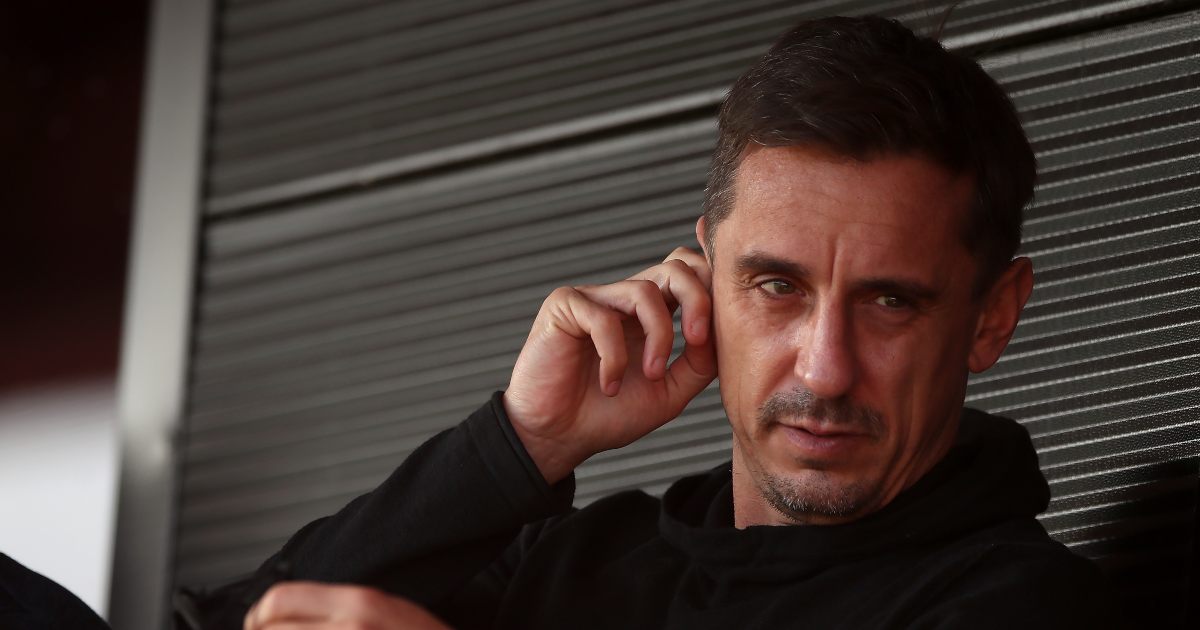 Liverpool are experiencing “an absoute collapse” rather than a “dip” like Manchester United used to experience, according to Gary Neville.

A 1-0 defeat to Fulham at Anfield on Sunday now means Liverpool have lost six matches in a row at home ahead of their Champions League clash against RB Leipzig on Wednesday.

Jurgen Klopp’s side are eighth in the Premier League, four points off fourth-placed Chelsea and 22 points adrift of leaders Manchester City.

FEATURE: Where Liverpool rank among the PL’s bad champions…

Neville experienced plenty of “dips” after winning titles with Man Utd but never a “collapse” like Liverpool are currently experiencing.

Neville said on his Sky Sports podcast: “Liverpool have been absolutely outstanding and reached unbelievable heights – and I said a few weeks ago that it was acceptable and I would go easy on them that they would have a little dip after three years.

“This is the fourth year. We could never do it a fourth year at United – there was always that dip. But this isn’t a dip. If we had a dip at United we might have finished second or third. This is a collapse, it’s an absoute collapse. They’re woeful at the moment in every single way. I’m not sure what it is.”

“But then at the end of the season he’s gonna have to regroup, and then you think about the Euros and then the season will start again. His players aren’t going to get much of a rest. But they’re going to regroup and make sure the damage that’s being done in terms of the confience isn’t long standing. The fact they won the title and won the Champions League – it’s still the same group of players.

“I never think in football it’s as bad as it looks. We always punish ourselves when we make a mistake [in TV] – that’s what Liverpool players will be doing, they’ll be punishing themselves. You can’t do what they’ve done in the last two years without being great professionals and great players. You don’t get to two Champions League finals and do what they’ve done without being a fantastic team.