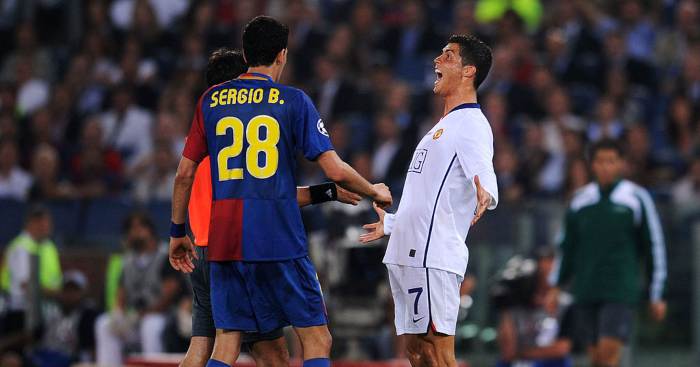 Gary Neville has revealed that the English weather was a “big problem” for Cristiano Ronaldo as he chose to leave Manchester United for Real Madrid.

The Portugal international completed a world-record move for £80m to Real in 2009 after scoring 118 goals in 292 appearances at Old Trafford with 68 of those coming in his final two seasons at United.

And, according to Neville, Ronaldo was in “one or two per cent” of players that left Man Utd “against the wishes of the club”.

Neville told Sky Sports: “I think because he did the interview after the 2008 final where he sort of alluded to the fact that he was going, it was almost like you had an advanced warning.

“So you were almost ready-prepared for it, you knew he was leaving the year after. It was coming, it was obvious that one day he would want to go and experience Madrid and La Liga.”

On whether he tried to persuade Ronaldo to reject Real to stay at Man Utd, Neville added: “I didn’t speak to Cristiano for instance about him staying at the club for longer. I think I may have said to him during the year when he was maybe… the weather was a big problem for Cristiano.

“I think he also wanted to obviously live in Spain and do La Liga. But the weather was a big problem for him and I felt like he’d almost travelled his path, he’d done the journey. And I didn’t feel that anything I was going to say was going to bring him out of that.

“I think generally with players that were leaving there were very few who were leaving to go up. Now Cristiano you could argue going to Real Madrid and winning four or five European Cups is a step for him where he wanted to challenge himself.

“The players that were leaving mainly were because they had come to the end of the road for one reason or another, either their contracts had run out, or their age was getting too much, or the manager had had a word with them saying they’re not going to play football too much anymore.