Home All The News Neville: James should be ‘third or fourth’ in line at Man Utd 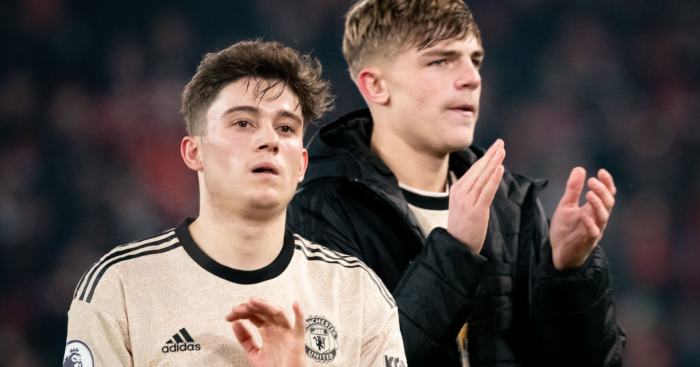 Gary Neville has suggested that winger Daniel James would be “third or fourth” in line in his position if Manchester United had a bigger squad.

The Wales international has scored three goals and provided six assists in 22 Premier League appearances this term for the Red Devils.

Man Utd signed James in the summer for a reported £15m from Championship side Swansea City as they also brought in Aaron Wan-Bissaka and Harry Maguire.

However, James has failed to provide a goal or assist in his last six matches for United and Neville thinks the Red Devils need to bring in more competition to push James.

“Daniel James is more of a work in progress,” Neville told Sky Sports before Man Utd’s 2-0 loss to Liverpool on Sunday.

“He’s showed glimpses of what he can be. I see him as being one of three or four wide players at United over a season.”

Neville added: “I think when you look at Sterling, Mahrez and Bernardo Silva, they’re at a far higher level than Daniel James.

“There’s got to be an element of holding back a bit, but in a 22-man squad, you’d want James to be the third or fourth wide man.”