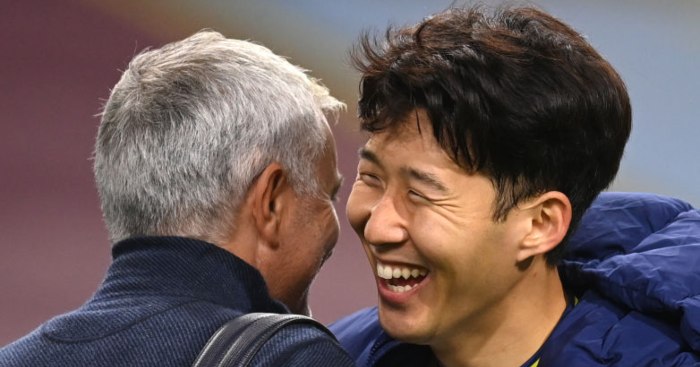 The Portuguese boss has won trophies at every club he’s managed since taking over at Porto in 2002, so last season at Spurs will have no doubt hurt the serial winner.

His playing style has also come under the microscope in recent seasons with some criticising his Man Utd and Spurs sides of being “boring” to watch.

However, his Tottenham team only sit two points behind Premier League leaders Everton after six matches this season, and Neville has seen a “change” in Mourinho and Spurs so far.

The former Manchester United defender told Sky Sports: “I think ordinarily if a manager had been in his seat for 12 months you would be able to say if he is doing a really good job, whether he is on the right track or whether things aren’t quite right.

“But with Jose Mourinho after his first 12 months, I’m not quite sure where he is at and there are a few reasons for that.

“One, the previous manager was really successful in ‘Spurs terms’, they were successful in terms of how they performed compared to their history.

“I played against Jose Mourinho teams in the early part of his career at Porto and Chelsea, and they were the most outstanding football teams.

“The Inter Milan team was outstanding, he had success at Real Madrid winning the leagues.

“But in the last few years, he has been labelled and I think it has hurt him a little bit in that it’s a non-dominant, out-of-possession type of football.

“I think he looks happy at Spurs and there has definitely been a change this season at Spurs.”