Man Utd youngster Mason Greenwood has scored four goals and provided one assist since the restart. 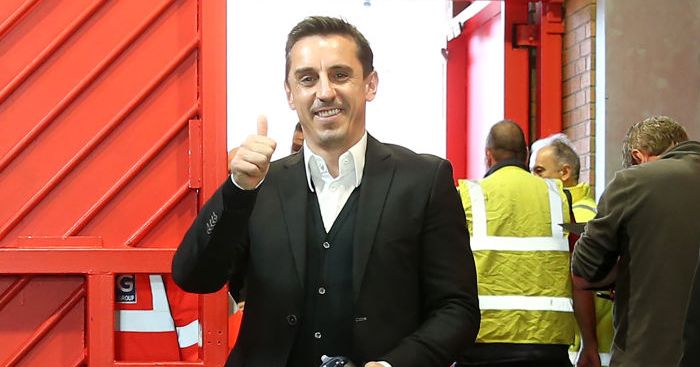 Gary Neville thinks Man Utd will still look to bring in a right-winger despite the emergence of Mason Greenwood in Ole Gunnar Solskjaer’s starting XI.

The 18-year-old has scored four goals and provided one assist since the restart as United’s unbeaten run in the Premier League has stretched to eleven games, despite their disappointing 2-2 draw against Southampton on Monday night.

And Neville is extremely excited to see how Greenwood develops Man Utd over the next few seasons but has still tipped the Red Devils to spend out on a winger this summer.

“You don’t just say ‘where will he play?’. Great players will challenge each other, they’ll improve, they will find a way to get into the team.

“They won’t feel belittled by it or challenged to the point where they sulk, they will step up to the task and they will go for it.

“I’m sure that’s what Mason Greenwood will do. He’s still young but so exciting it’s untrue. I love watching him.”