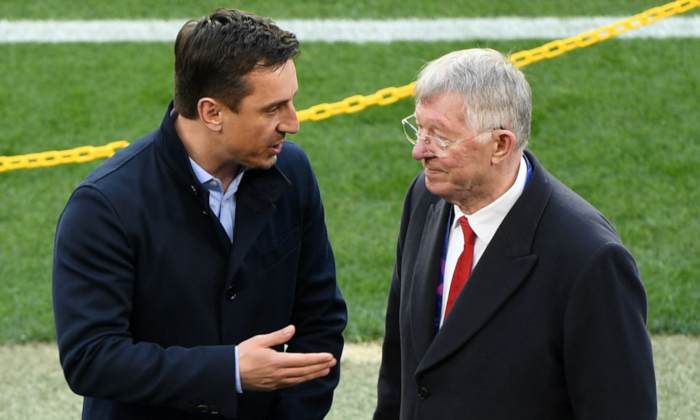 The Gunners have conceded as many goals as they have scored this term with Arsenal’s rearguard leaking 41 goals in 30 Premier League matches.

Mikel Arteta has inherited a squad with problems at both ends of the pitch and injuries to January signings Pablo Mari and Cedric Soares won’t be helping that.

Neville claims that Sir Alex Ferguson used to “hate emotional defenders” and has urged Arteta to take a leaf out of Fergie’s book by investing in some “ice-cold” defenders at Arsenal.

“There were elements of me that were emotional when I was a player Sir Alex Ferguson would knock it right out of me.

“He always said I hate emotional defenders. He thought defenders have to be ice-cold.

“You are gonna make mistakes as a goalkeeper and a defender. But it’s the second mistake where you try to win it back and you give away a penalty. It’s where you try and win it and you can’t win it.

“You’ve got to put away your ego when you’re a defender.

“Delaying helps because your team-mates come back. You get too many defenders who try and win the first ball and try to dive in, and we’ve seen that with Arsenal’s defenders over the years.

“David Luiz, [Shkodran] Mustafi, Sokratis [Papastathopoulos] when he plays, they like to challenge when they don’t have to challenge.

“They feel like they have to win the ball, and sometimes it isn’t there to win.”