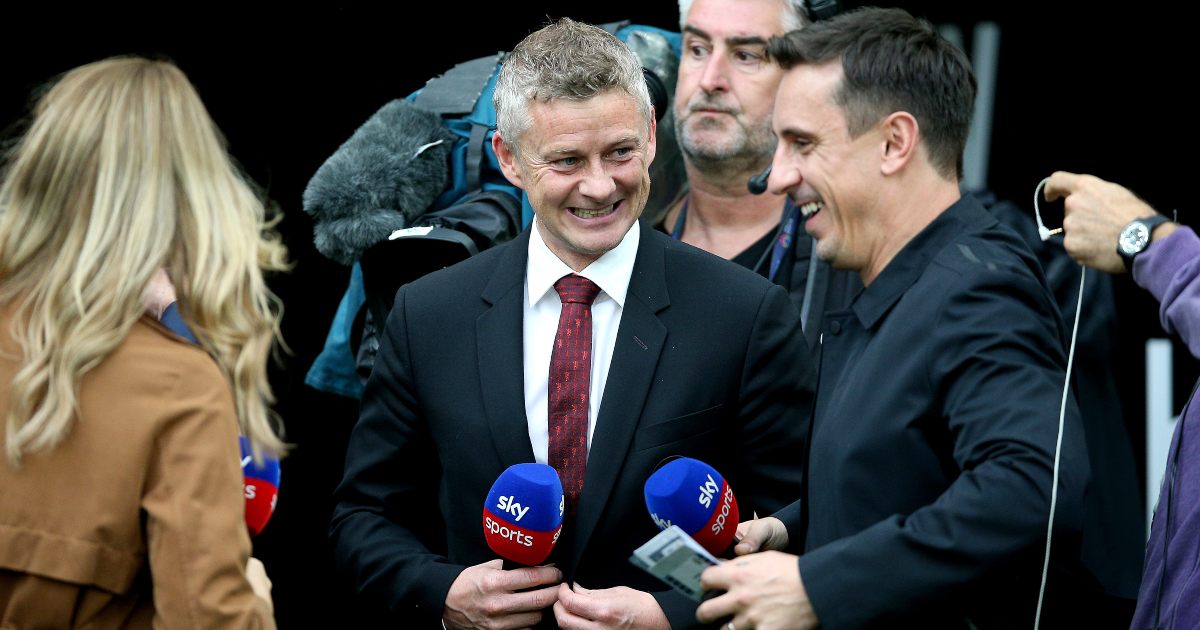 Ole Gunnar Solskjaer “has to win a trophy” at Man Utd this season if he is “going to be successful” at the club, according to former defender Gary Neville.

The Red Devils have been doing well in the Premier League this season with Ole Gunnar Solskjaer’s men currently second, 14 points behind leaders Man City but nine ahead of fifth-placed West Ham, who they beat 1-0 on Sunday.

With title glory now extremely unlikely, their attention will turn to other competitions with the second leg of their last-16 Europa League clash against AC Milan taking place on Thursday before they face Leicester City on Sunday in their FA Cup quarter-final.

And Neville insists that Solskjaer must win silverware this season if he wants to be “successful” at Man Utd.

Neville told his Sky Sports podcast: “The FA Cup has become critical to this football club this season. The League Cup and FA Cup has been the starting point for Manchester United teams over the last 15 to 20 years.

“If Ole Gunnar Solskjaer is going to be successful at this club, he not only needs to finish second in the Premier League, but he has to win a trophy. That would be seen as real progress. Then you’re attracting players next season to try and catch Manchester City.

“I think it’s a brilliant week. Beating Manchester City the way they did, and winning on Sunday. If you’d have said to Solskjaer at the start of the week you’ll beat Manchester City, beat West Ham and draw 1-1 with AC Milan, he’d have snapped your hand off. Because going into that Manchester derby, they were under real pressure.

“If they’d lost to City, there’s a real pressure building on this West Ham game. I think they are now a lot more comfortable going into the final weeks. This was a big, big week.”

And Neville thinks Man Utd will definitely secure a Champions League berth this season with the top four teams now extremely likely to stay there.

Neville added: “I think it is [fixed]. Leicester are the one team you’d be most nervous about, because they did blow up last season. But I think there’s just enough this year.

“I don’t see West Ham catching Leicester, and the teams below them are so inconsistent and seem to be all over the place. I’m not sure which one of them is going to put a run together.

“They’re capable of it, some of them, but I would think this Leicester team would hang on, and would cement the fact Brendan Rodgers has done a brilliant job two years on the bounce.

“Last year, they were so unlucky to miss out on the last day to Manchester United, whereas this year I think they’ll make top four, with Chelsea third and Leicester fourth.”