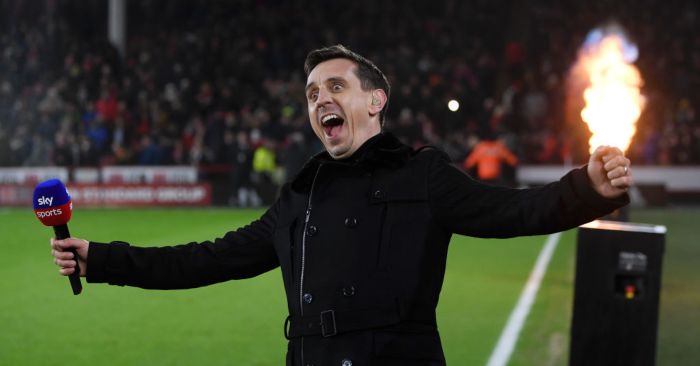 The Red Devils are reportedly on the verge of completing the signing of Donny van de Beek from Ajax with claims they are also interested in signing Dayot Upamecano from RB Leipzig.

United’s good form in the second half of the season saw them finish third but they were still 33 points behind runaway winners Liverpool.

And Neville reckons it could take another five signings until Man Utd are challenging arch-rivals Liverpool and Man City for the Premier League title.

“They have to sign a world class centre-back. For me, another midfield player. I also think a right winger, a centre-forward and you have to look at left-back because of Luke Shaw’s injuries and the fact he has obviously been in and out of the team in the last two or three years.

“So, I think there are definitely four or five players required and to not get three, I think it would be a problem because of what the other clubs are doing.”