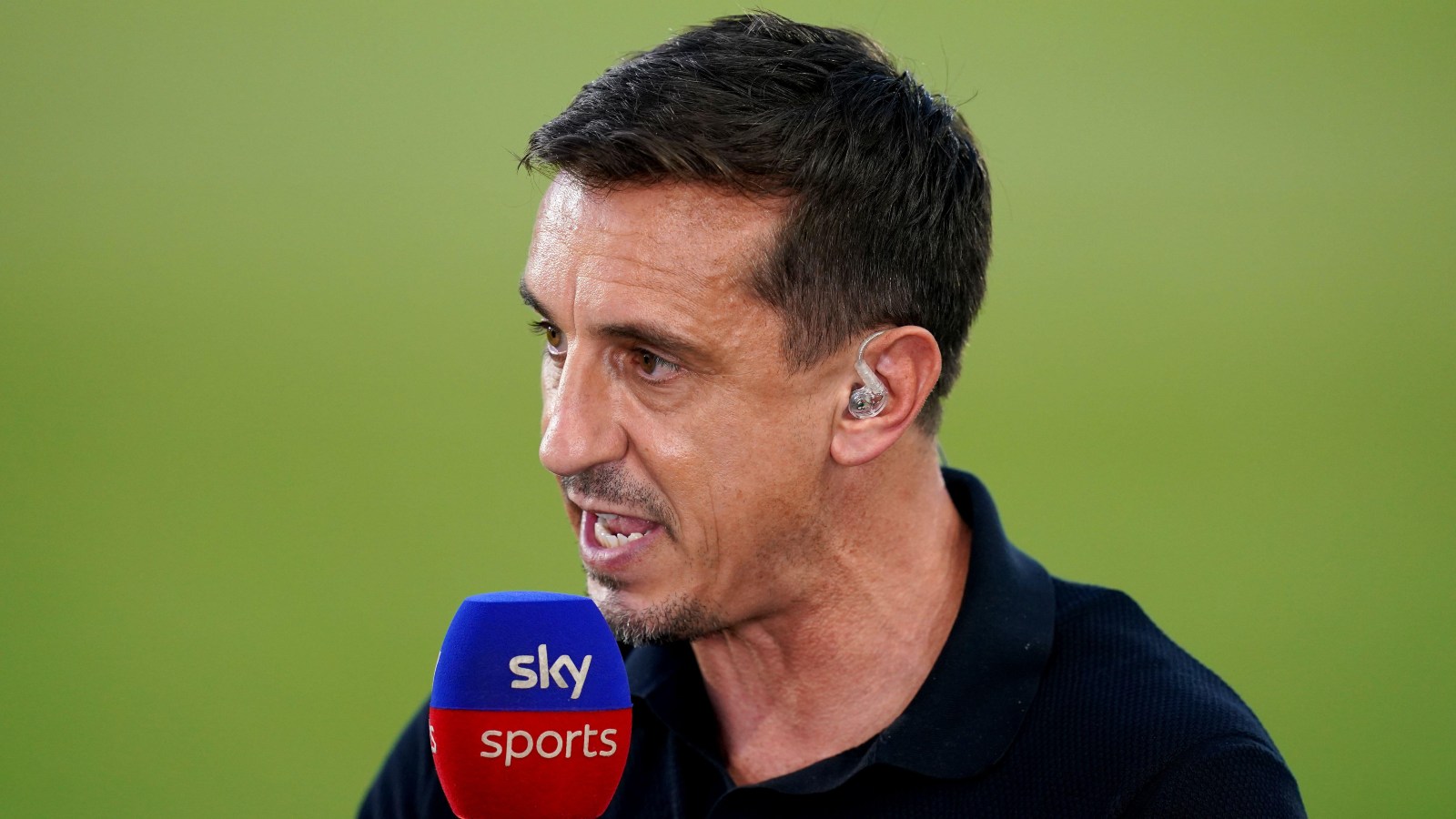 The Gunners have made an amazing start to the Premier League season, winning 12 of their 14 matches with Mikel Arteta’s men sitting top of the table heading into the World Cup break.

Arsenal are five points clear of nearest rivals Manchester City after the Gunners took advantage of the Citizens’ 2-1 defeat against Brentford by beating Wolves 2-0 on Saturday evening.

There have been a number of rumours that Arsenal will look to strengthen a couple of positions in their squad during the January transfer window.

Leicester City midfielder Youri Tielemans, who is out of contract at the end of the season, continues to be linked with a move, while Shakhtar Donetsk winger Mykhaylo Mudryk and Palmeiras midfielder Danilo are other targets.

But Neville reckons new signings, especially ones to go straight into the starting XI at Arsenal, could upset the status quo at the Emirates Stadium.

“And that’s the sort of conundrum that will be going through the Arsenal board’s mind at this moment in time.

Despite their five-point advantage over defending champions Manchester City, Neville still has major doubts that Arsenal can win the title.

Neville added: “I don’t think they’ll win the title, I think City will. I do think they will get into the top four. But I do think it will be interesting, come sort of February and March, where they end up.

“Because I still think there will be an element of them still having to prove themselves. I’ll say it time and time again until they show me different.

“And from where they were at the end of last season, well done to Mikel Arteta. It’s a brilliant job that they’ve done. The recruitment has been fantastic.

“Well done to the club for holding their nerve through a difficult moment where they could have easily put more pressure on Mikel, other managers may have lost their job, he’s been there for three years.