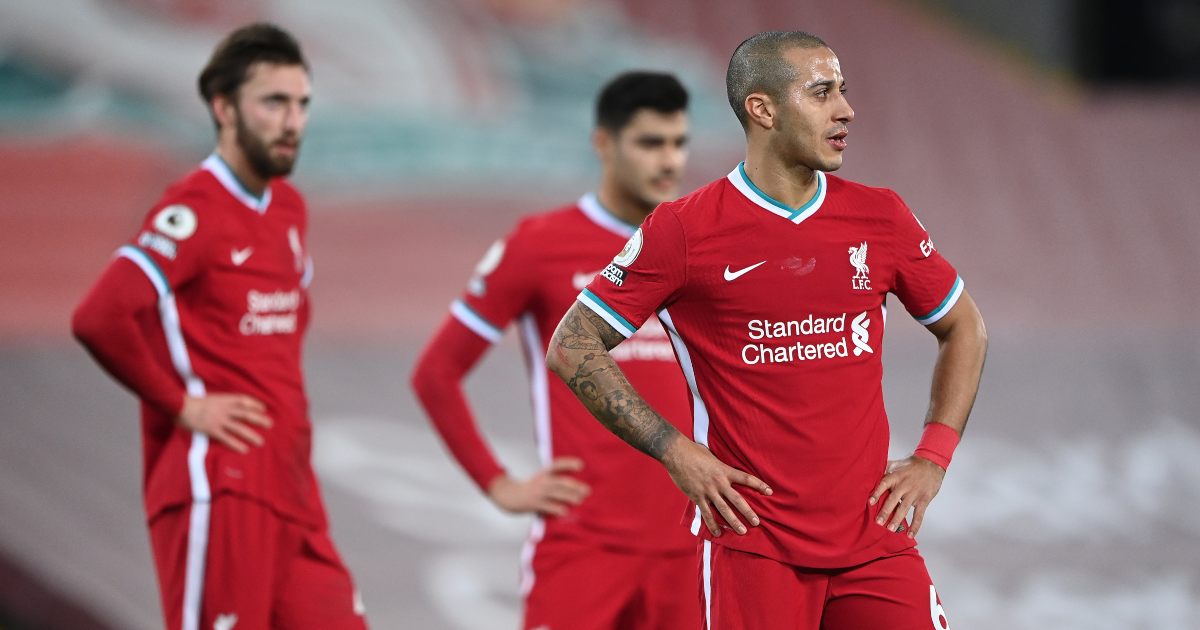 Gary Neville thinks Jurgen Klopp might need to try “something different” to get Liverpool out of their current slump in form.

Everton’s 2-0 victory over Liverpool on Saturday was their first against the Reds in 11 years and first across Stanley Park since 1999, with the Toffees moving level on points with their rivals.

It has been no secret that Liverpool have had several injuries to their defence but it was their general display that was lacking against Carlo Ancelotti’s side.

And Neville thinks that the Reds looked “like zombies on the pitch” against Everton and he reckons Klopp might be thinking of trying something new.

Speaking on his Sky Sports podcast, Neville said: “It’s starting to get a little bit worrying in the sense we know they have got injuries, we know they have not got fans in the stadium, we know about COVID and there a lot of games, but it’s the same for everybody. But it’s the lack of change. A different idea. They just look beaten, almost like zombies on the pitch. Walking around thinking the same thing.

“It’s not for me to advise Liverpool or Klopp what to do but playing a box to protect your centre-backs or maybe going to three at the back. We have seen other teams go to that system. But it looks to me they need a new idea just to give them a spark or it could be a really depressing season for them where they do not qualify for the Champions League, although I still think they will.

“It is a bit more of a worry than it was two or three weeks ago if you are a Liverpool fan.

“There is a chance of reset in the summer as that fourth year is always a challenge. Man City needed that year off last year when Liverpool won the league comfortably and maybe this is what it is for Liverpool. With fans returning, Virgil Van Dijk and Joe Gomez returning it means they will be more confident over the summer but at the moment it’s desperate for them.

“I have not seen any change or a difference in what Liverpool do. Everton picked the right moment and if they were not going to show belief in that game then they never were. It was a brilliant moment for Everton. They look like they have more belief under Carlo Ancelotti in big matches. It should give the players confidence that they could have their best season for quite a while.”