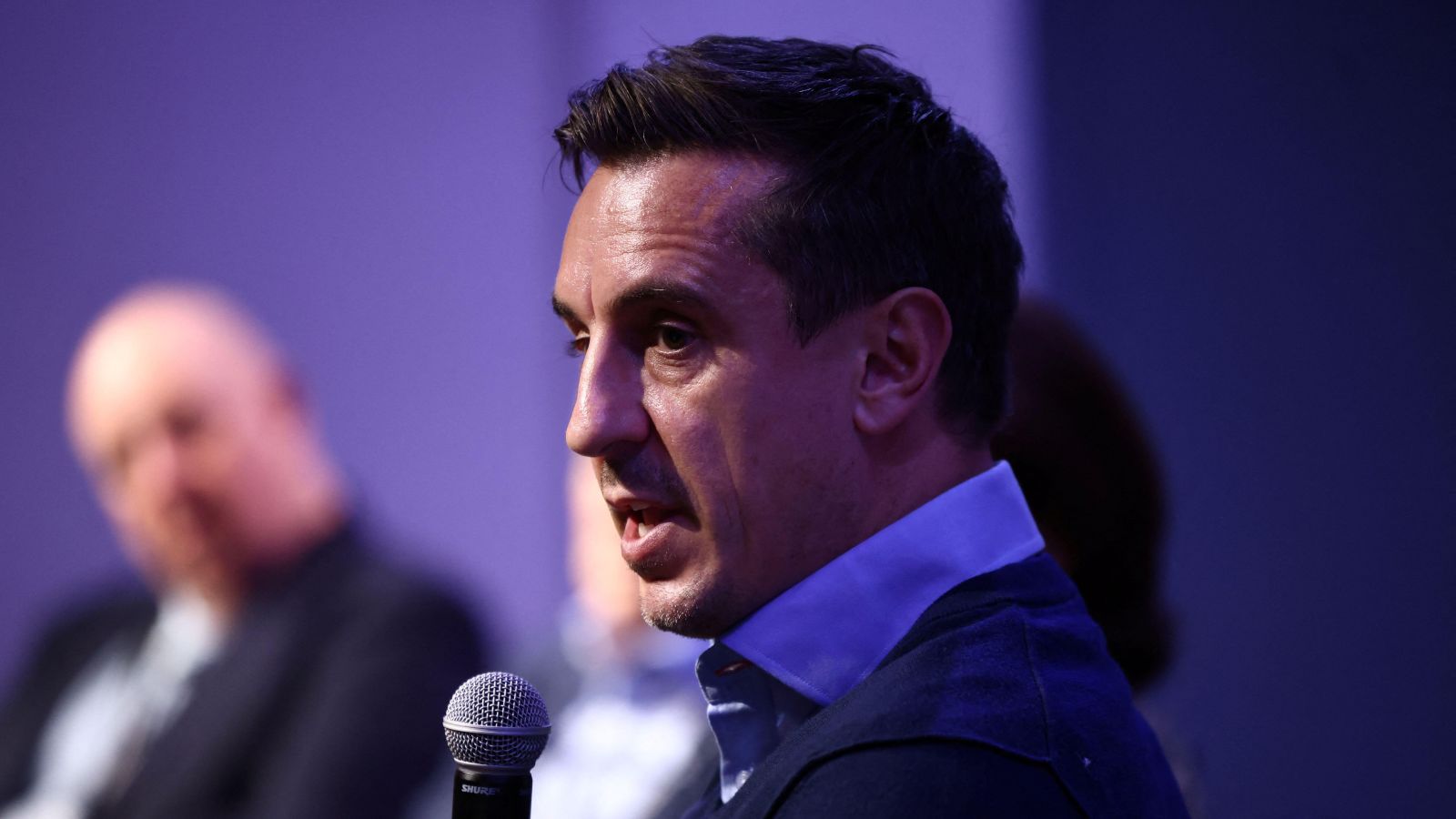 The Dragons crashed out of the World Cup earlier this week. Marcus Rashford and Phil Foden scored as England beat their rivals 3-0.

This win saw Gareth Southgate’s side finish top of Group B to set up a tie against Senegal in the Round of 16.

Wales meanwhile ended up bottom of the group having picked up just one point from their three games.

Ramsey and Gareth Bale both underperformed as Rob Page’s side failed to live up to expectations in Qatar.

Both players are nearing the end of their careers and this will likely prove to be their only chance to play at a World Cup.

With Wales behind against England, Ramsey cleared showed his frustration as he clattered into Henderson with around half an hour to go. The Liverpool man was left on the floor following contact with Ramsey’s studs.

Neville was unimpressed by this challenge as Ramsey “knew what he was doing”.

“I didn’t like it. I thought it was a coward’s tackle, I thought he knew what he was doing,” he said on The Gary Neville podcast.

“Jordan [Henderson] just had something with him on a different part of the pitch, I watched them half follow each other, and I thought it was a naughty one that.”

On Wales’ defence, Neville added: “The back players are not good enough.

“We saw that against Iran. I’ve never seen a back three get pulled around so much.

“That’s why Rob Page went with a back four against England. The back three against Iran were getting pulled from pillar to post, crossing over all the time.”

He thinks the ex-Real Madrid and Tottenham star has been “selfish” at the World Cup as he was “not fit enough to play”.

“Before the tournament started, I made a statement that the Welsh fans were upset with – I said ‘no Welsh player gets in England’s best 30 players’, and I’ve been proven right haven’t I?” Agbonlahor said on talkSPORT.

“Bale against England was not fit. I thought he was very selfish. If I was Rob Page, I know he’s Mr Wales, Gareth Bale, but he must see him in training.

“He’s not fit enough to play. He started the game against England and he was playing walking football the whole first half and then he came off at half-time, injured.