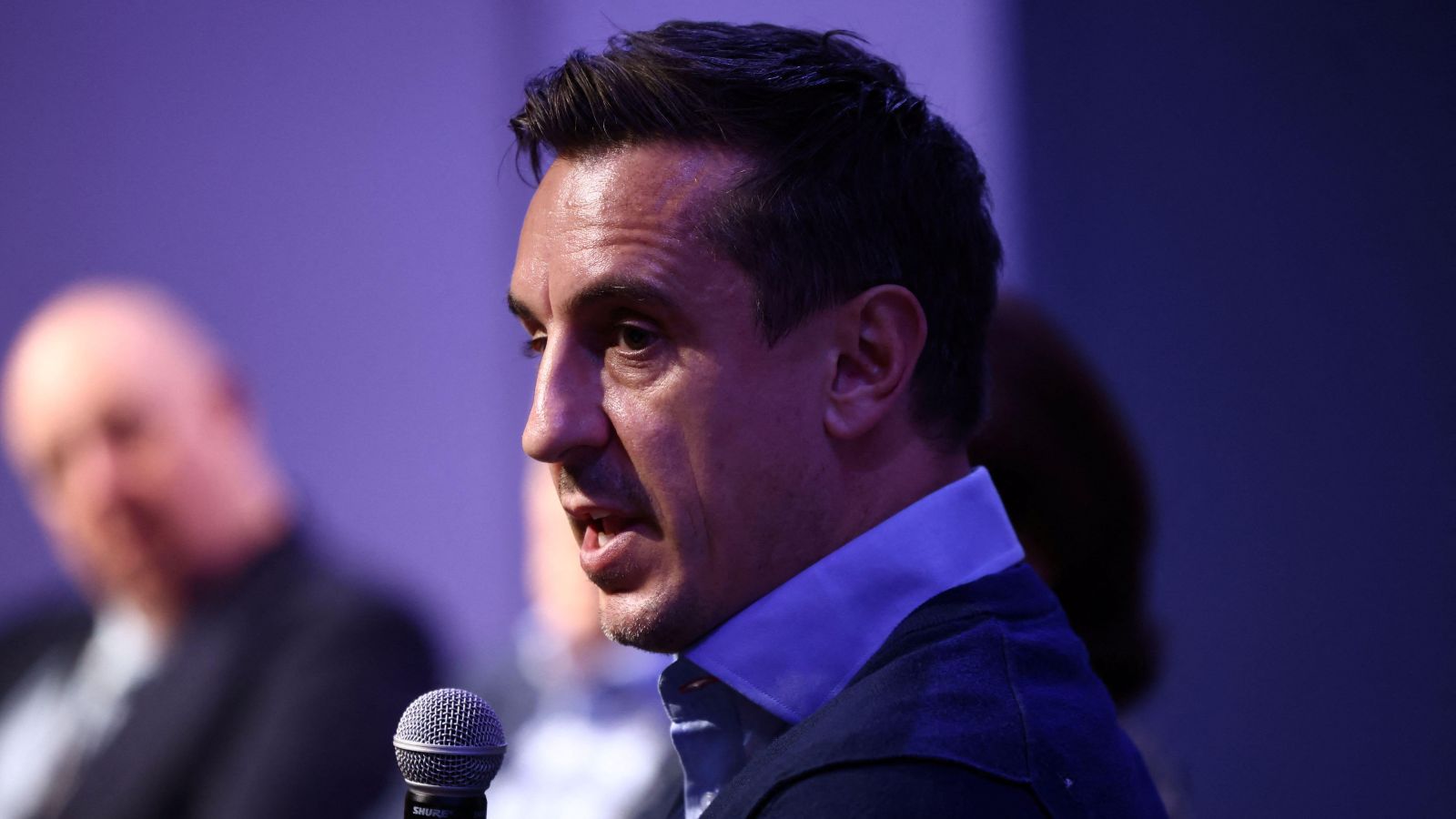 Gary Neville has hit out at Cristiano Ronaldo after the former Manchester United forward was dropped by Fernando Santos for Portugal’s game on Tuesday.

Ronaldo is now a free agent after his Man Utd contract was ripped up a few months before it was due to expire in the summer.

His final few months at United were a sh*t-show as he did not take kindly to being left out of the team by Erik ten Hag.

He was unhappy in the first place as he wanted to leave the club in the summer after they failed to qualify for the Champions League.

Man Utd were unwilling to let him go in the summer but they had no choice but to give him what he wanted after his controversial interview with Piers Morgan aired.

Ronaldo is now being heavily linked with a move to Saudi Arabian side Al-Nassr, who are willing to offer him around £173m-a-year.

In the meantime, Ronaldo is playing for Portugal at the World Cup in Qatar. They were already through to the knockout stages of the competition after two group games.

Ronaldo then started in their group finale as they were beaten 2-1 by South Korea. He was subbed off before the end and he expressed his displeasure at the decision.

Portugal coach Santos subsequently admitted that he “didn’t like” Ronaldo’s reaction to being brought off.

When asked if he could still trust Ronaldo, he added: “I only decide who’s going to be the captain when I’ve reached the stadium, so I don’t know. I don’t know what the line-up will be.

Ronaldo paid the price for his actions as he was dropped to the bench for Portugal’s quarter-final against Switzerland.

Speaking pre-match, Neville claimed that the end to Ronaldo’s career is “becoming a little bit scruffy”.

“Well what happened at United, the suggestion was, it was because [Erik] Ten Hag was trying to make a move on him, he’s trying to establish his authority,” Neville told ITV.

“This is a manager [Santos] who’s got an unbelievable relationship with Cristiano Ronaldo for eight years.

“And there are a lot of fans of Cristiano Ronaldo who aren’t willing to tell him the truth. I think he does need to listen to the truth, that it’s becoming a little bit of a scruffy end.

“It wouldn’t surprise me if he came on tonight and scored the winner, but the petulance, the stomping around, the sulking it’s got to stop because it doesn’t reflect well on him at all.

“His long term legacy is set, he’s protected. He’s one of the great all time players but in the short term, he’s got to do a lot better.