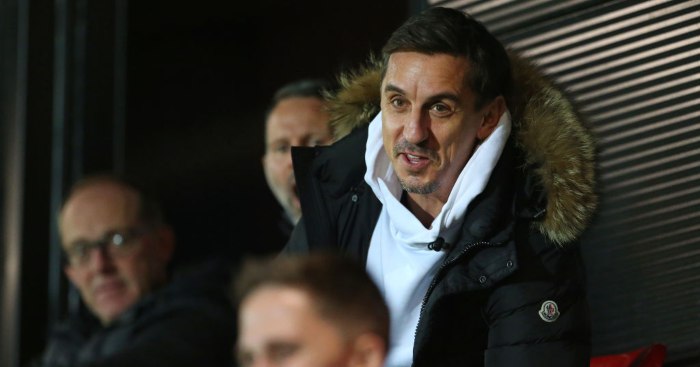 Pogba has started three out of the Red Devils’ five Premier League fixtures so far, while he’s come off the bench on two occasions, including their recent 0-0 draw against Chelsea.

Fernandes has become undroppable since his arrival from Sporting Lisbon, adding three goals and two assists this term to his eight goals and seven assists in the second half of last season.

Solskjaer is still tinkering with the ideal way to get his best midfielders in the team while maintaining a good balance to his side – but Neville thinks he has found a solution to get the best out of Pogba and Fernandes.

Neville told Sky Sports: “For me, I’ve never understood why Ole hasn’t tried – maybe he’s tried it in training and hasn’t liked it – one sitter with Pogba and Fernandes in front, like [Kevin] De Bruyne and [David] Silva.

“De Bruyne and Silva weren’t disciplined midfielder players before Pep Guardiola came to Manchester City. He made them into that.

“So that’s the only system I can see where it would be obvious where you could get those two into a position.

“More often than not, Ole has played [Nemanja] Matic and Pogba sitting alongside each other with Fernandes in front.

“Pogba can’t play there well, because I think in that position you do need to be disciplined.

“But with a one and a two, I think you can have a bit more freedom to run forward.”